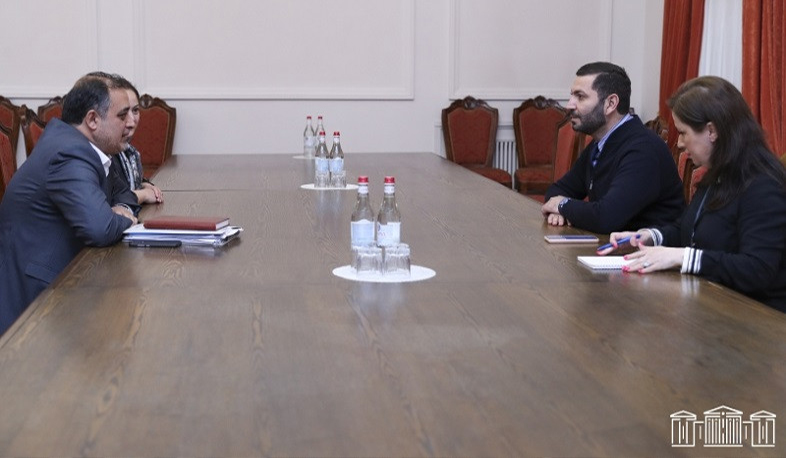 Armenia greatly highlights the continuous development of bilateral relations with the Islamic Republic of Iran based on the historical and rich traditions: the RA NA deputy Rustam Bakoyan said at the meeting with the Head of Tabriz Office of Iran-Armenia Friendship Association Alireza Nazif on May 16.

During the meeting issues regarding the Armenian-Iranian trade turnover development, the establishment of the business ties, as well as the possibilities of the expansion of the trade turnover volumes between the two countries were discussed.

The programmes concerning the culture and tourism of bilateral interest were also touched upon.

Thanking Rustam Bakoyan for the warm reception, Alireza Nazif has noted that the relations based on the mutual trust and centuries-old friendship, have great potential. “I am convinced that our further relations will continue in compliance with the best traditions,” he said.

In the context of the development of the inter-state relations the key role of the Armenian Parliament was underlined.

An agreement was reached to activate the mutual visits of the Parliamentary Friendship Groups of the two countries.