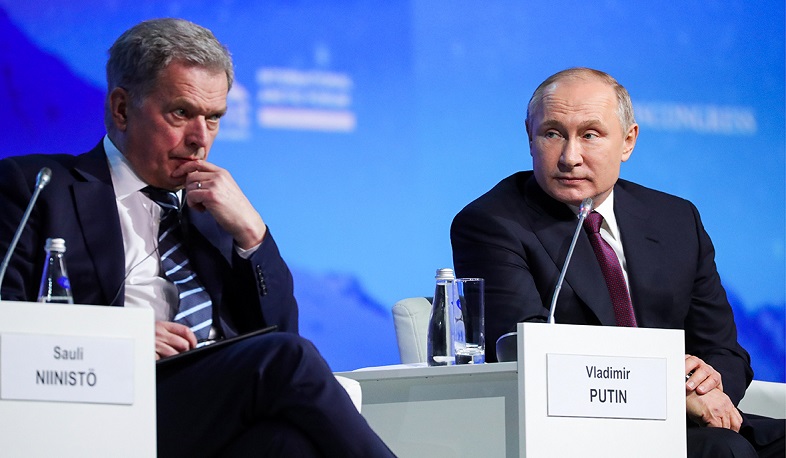 Finland's President reveals what Putin told him on phone call

Niinistö, who informed the Russian leader of his decision last week in a phone call, told CNN’s “State of the Union” that Putin’s reaction during the phone call was a “surprise.”

"The surprise was that he took [the news] so calmly."

“Altogether the discussion was very, would I say, calm and cool,” the Finnish leader said. “He didn’t repeat those threats he had earlier.”

Finland and Sweden announced last week they had decided to join NATO, which Putin sees as a threat to Russia and has warned non-aligned European countries not to join.

Finland shares a 830-mile border with Russia. The Kremlin last week had warned of “retaliatory steps” against the Nordic country if it joins the 30-nation member alliance.

The U.S. has supported both Finland and Sweden’s push to join NATO, with both President Biden and Secretary of State Antony Blinken holding talks with the two nations last week.

Russia has previously warned Finland against joining. And in April, while Ukrainian President Volodymyr Zelensky was giving a speech to the Finnish parliament, the Nordic country was hit with a denial-of-service cyber attack.

Niinistö told CNN the Russian leader warned him that it would be a mistake, but otherwise did not escalate the situation.

“The surprise was that he took it so calmly,” Niinistö said. “It seems that there [are] no immediate problems coming.”