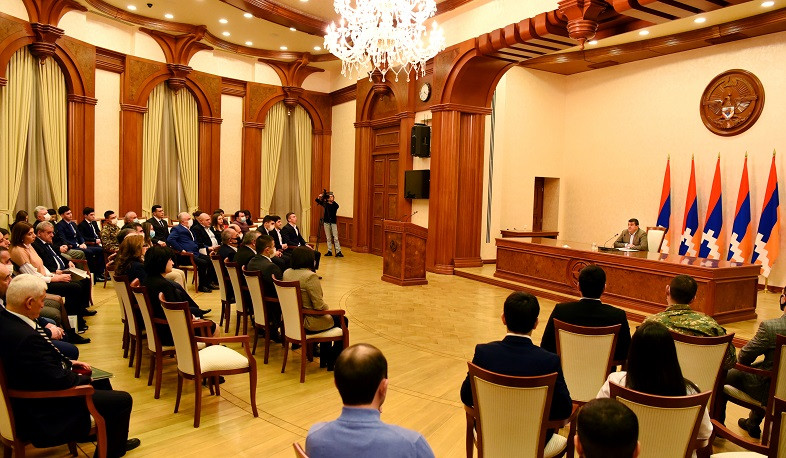 President of Artsakh awarded group of athletes and coaches

On January 29, Artsakh (Nagorno-Karabakh) President's official residence hosted an award ceremony for Artsakh athletes who won prizes in domestic and international competitions in 2021, during which they received monetary incentives, the Artsakh President's Office reported.

President Arayik Harutyunyan congratulated these athletes on their success, noting that they greatly contribute to the development of sports in Artsakh and the worthy representation of Artsakh in the world.

Besides, Harutyunyan presented medals as well as certificates to a group of individuals and coaches, and in recognition of their contribution to the development of physical education and sports, as well as the preparation of athletes in Artsakh.

The President stressed that the Artsakh authorities will continue to pay special attention to physical education and sports, creating the necessary conditions for their development in Artsakh.