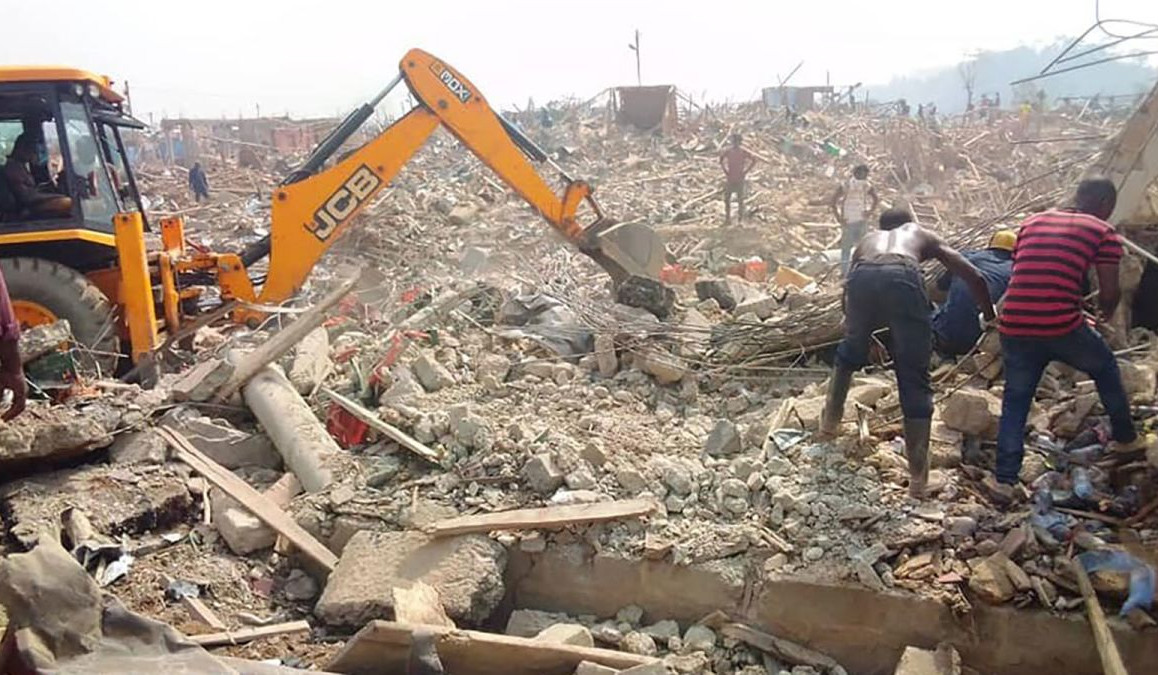 Ghana blast: Many feared dead after huge explosion near Bogoso

At least 17 people have been killed in a huge explosion near a mining town in western Ghana, officials say.

Police say a vehicle carrying mining explosives collided with a motorcycle near the town of Bogoso.

Graphic videos showed mutilated bodies of victims. A large crater can also be seen beside a road.

At least 59 people were injured, some of whom were in a critical condition, Information Minister Kojo Oppong Nkrumah said.

About 500 houses were affected - some of which were completely destroyed, Sedzi Sadzi Amedonu from the National Disaster Management Organization told the AFP news agency.

"It's almost like a ghost town now," he said.

Ghana's President Nana Akufo-Addo said the military had joined emergency efforts to help "contain the situation", and the country's disaster management agency had been tasked with bringing "rapid relief" to residents.

"It is a truly sad, unfortunate and tragic incident," he tweeted.

In an emergency notice, police said the "huge explosion" had occurred in Appiatse between Bogoso and the village of Bawdie.