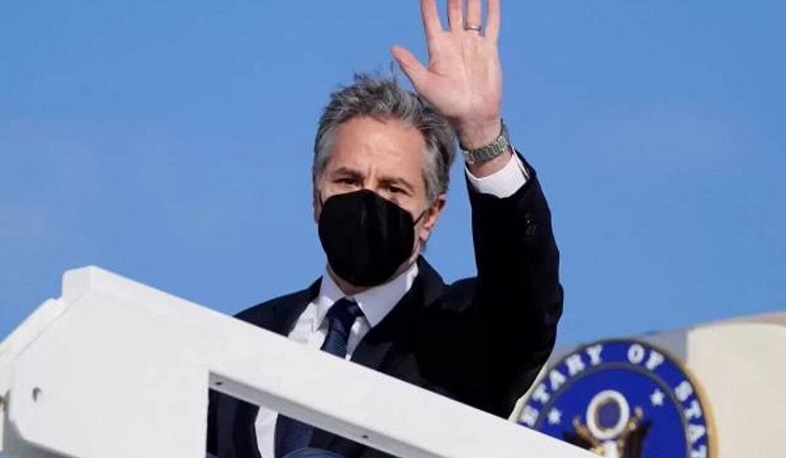 US Secretary of State Antony Blinken arrived Wednesday in Ukraine in a show of support as fears grow of a Russian invasion, according to an AFP correspondent travelling with him, France24 reports.
US Secretary of State Antony Blinken landed in Kyiv Wednesday for crisis talks with Ukraine's leaders.
It was a marked intensification of its threat assessment ahead of a meeting between Blinken and Russian Foreign Minister Sergei Lavrov expected in Geneva on Friday.
Hoping to show robust support ahead of the talks, the top US diplomat is making a one-day visit to Kyiv in a show of support for Ukraine.
He was greeted by Ukrainian officials on an icy moonlit tarmac and will later meet President Volodymyr Zelensky.
Blinken heads Thursday to Berlin for four-way talks with Britain, France and Germany to seek Western unity.
"We're now at a stage where Russia could at any point launch an attack on Ukraine," the White House's Press Secretary Jen Psaki told reporters on Tuesday.
"No option is off the table," she said, warning of an "extremely dangerous situation".
And she said that Russian President Vladimir Putin "has created this crisis".
Moscow has repeatedly denied that an invasion is planned.
In a call between the US and Russian top diplomats ahead of Blinken's trip, the Russian foreign ministry said Lavrov had called on Blinken "not to replicate speculation about the allegedly impending 'Russian aggression'".
US State Department spokesman Ned Price said that Blinken "stressed the importance of continuing a diplomatic path to de-escalate tensions".
Views 31