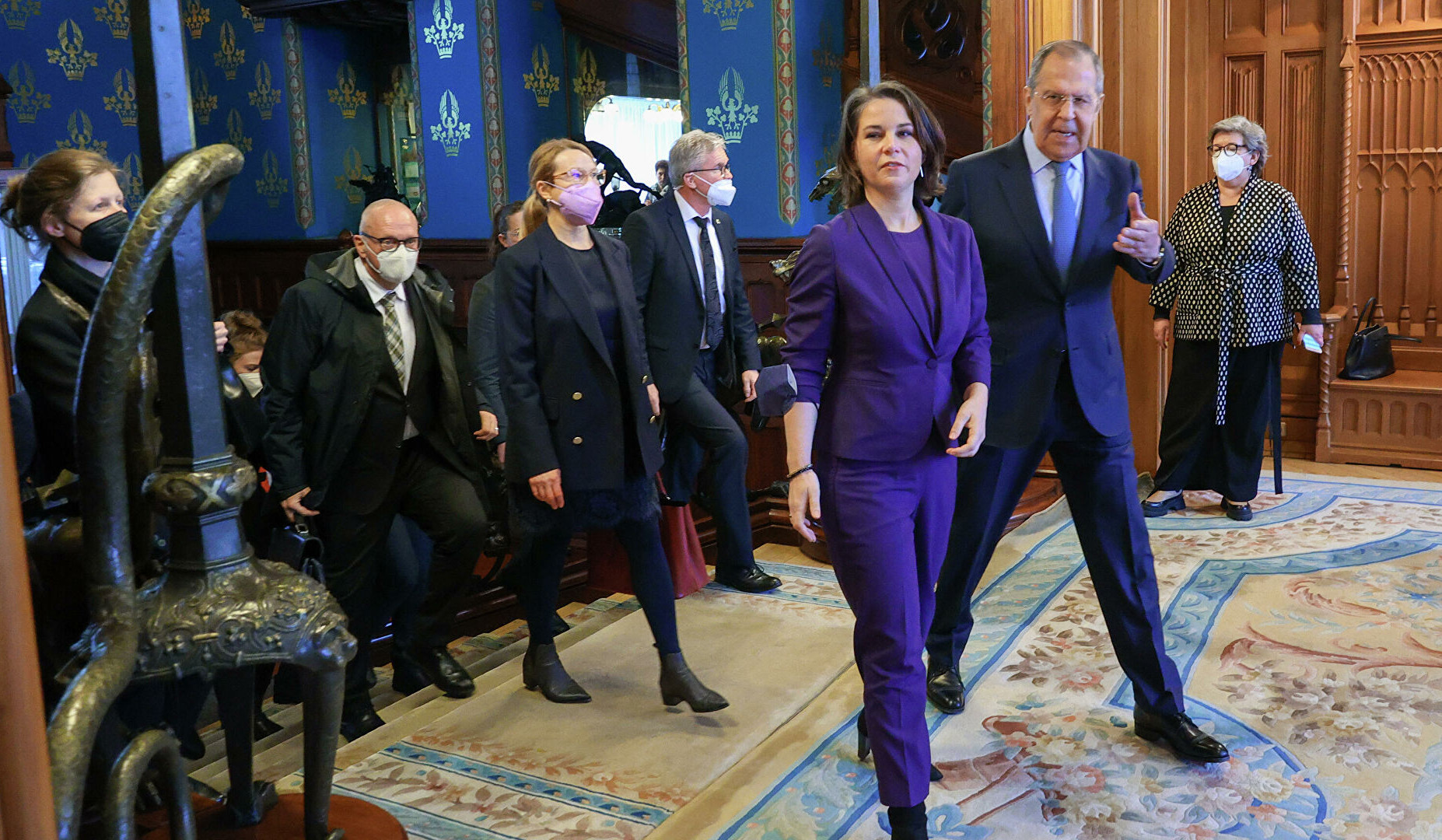 Berlin sees no alternative to stable relations with Moscow, and the new German government is ready to work on maintaining them, German Foreign Minister Annalena Baerbock said on Tuesday, TASS reports.

"During my visit, I would like to emphasize how important relations with the Russian Federation are for the new federal government and for me personally. There is no alternative to stable relations between Moscow and Berlin. I would like to continue working on this task, and here I speak on behalf of the entire new federal government," she said during talks with Russian Foreign Minister Sergey Lavrov.

"It is important for me that today we can calmly discuss a whole range of bilateral and international topics, and devote enough time to them. These are topics where we can improve our relations together, and those where our friendship is experiencing difficulties these days," the German top diplomat added.

"Therefore, today, during my first visit to Moscow, it will be important for me to lay a wreath at the Tomb of the Unknown Soldier. The historical depth and the historical pain between our countries are also a task, an assignment for politics in the present and for future generations. This is a mission and a task for reconciliation between nations and peoples," she said.

Lavrov said that he explained to his German counterpart Annalena Baerbock that demands on Russian troop operations on the country’s own territory were unacceptable.

"We explained that we cannot accept some demands related to the operation of the armed forces on our own territory," Lavrov said at a press conference following the results of the talks.

As Russia’s top diplomat also pointed out to his German counterpart, the NATO member states, which are demanding that [Russian] troops be sent to barracks," are simultaneously claiming that troop movements on the alliance’s territory do not concern anyone, except themselves. "The double standard is obvious," Lavrov stressed.

German Foreign Minister Annalena Baerbock has warned against weaponizing energy, stating that it will have consequences, including for the Nord Stream 2 project.

"We noted in our coalition agreement of the new government that the European energy legislation applies to all infrastructure projects, including Nord Stream 2, which is why the procedure of certification of the project, which was suspended for some time, is currently underway. Our government has stressed that weaponizing energy will have corresponding consequences, particularly for the pipeline," she said at a press conference in Moscow following talks with Russian Foreign Minister Sergey Lavrov on Tuesday.