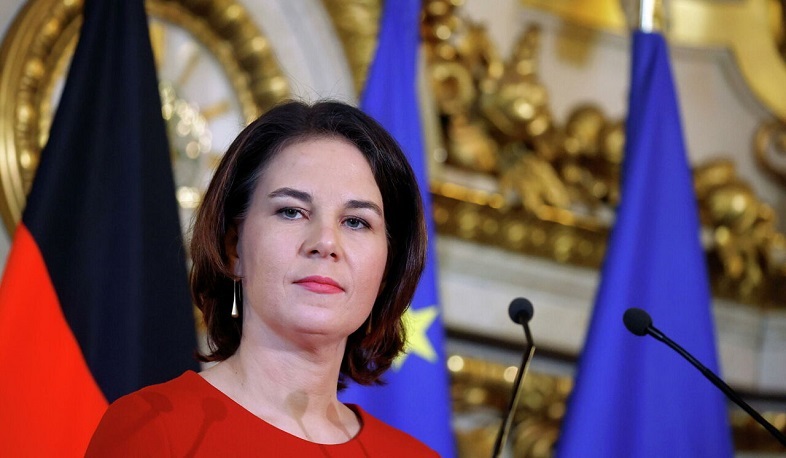 The German cabinet of ministers wants to have stable relations with Russia, both countries have a long list of issues to discuss, German Minister for Foreign Affairs Annalena Baerbock said on Monday before traveling for talks to Kiev and Moscow, TASS reports.

"During my talks in Moscow it will be important to me to indicate [our] position. The new federal government wants thorough and stable relations with Russia. The list of conflict issues that we need to discuss is long," she said. Speaking of important bilateral subjects, she listed science, culture, trade, renewable energy sources and climate issues.

"Cooperation between civic communities is particularly important to us. I also want to talk to my Russian colleague about these opportunities and how we can create the conditions to use them more effectively," the German top diplomat said. That said, she specified that she will "attentively listen to [her] interlocutors both in Moscow and in Kiev." "Yet I will also very clearly explain the position we hold together in the EU, the G7 and in the transatlantic alliance," she emphasized.

On January 17, Baerbock will visit Kiev where she will hold talks with Ukrainian President Vladimir Zelensky and her counterpart Dmitry Kuleba. Later, she will travel to Moscow where on January 18 she will meet with Russian Foreign Minister Sergey Lavrov. During the meetings she will discuss the situation in Donbass, tensions on the Russian-Ukrainian border and bilateral relations. During her stay in Moscow, in addition to the meeting with Lavrov, the German top diplomat will also visit the Diversity United exhibit at the Tretyakov Gallery and hold "other talks."

The visits to Ukraine and Russia are her first in the capacity of the foreign minister.