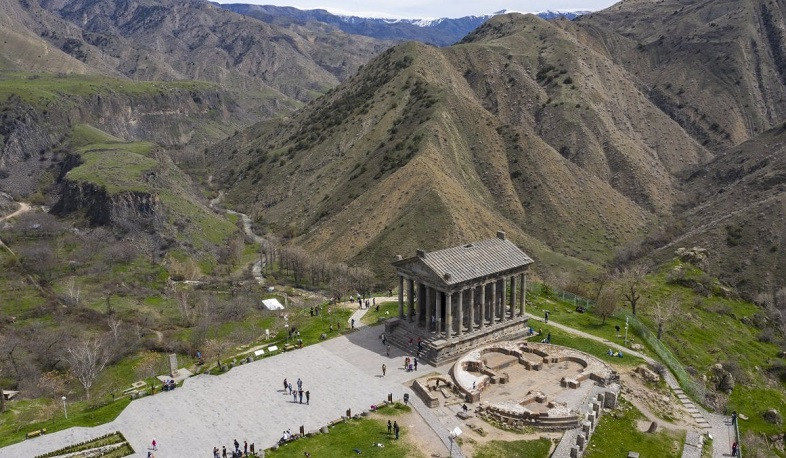 The Belgian Le Vif Weekend magazine has listed Armenia’s Garni temple among the 51 of the most beautiful Roman monuments in the world. It is the 37th in the list.

“The year 476 marked the end of the Western Roman Empire, but fortunately much of what the Romans built can still be seen today,” author Maaike Schwering says.

The Colosseum in Rome, the largest amphitheater in the world and one of the seven modern wonders of the world, tops the list of most beautiful monuments.

The list also includes the Pantheon of Rome, Verona Amphitheater, the oasis city of Palmyra, The Library of Celsus in Ephesus, the Tower of Hercules, the theater in Ephesus in Turkey, the Roman bridge of Alcantara in Spain and others.

The Temple of Garni is the only standing Greco-Roman colonnaded building in Armenia and the former Soviet Union. Built in the Ionic order in the village of Garni, in central Armenia, it is the best-known structure and symbol of pre-Christian Armenia.