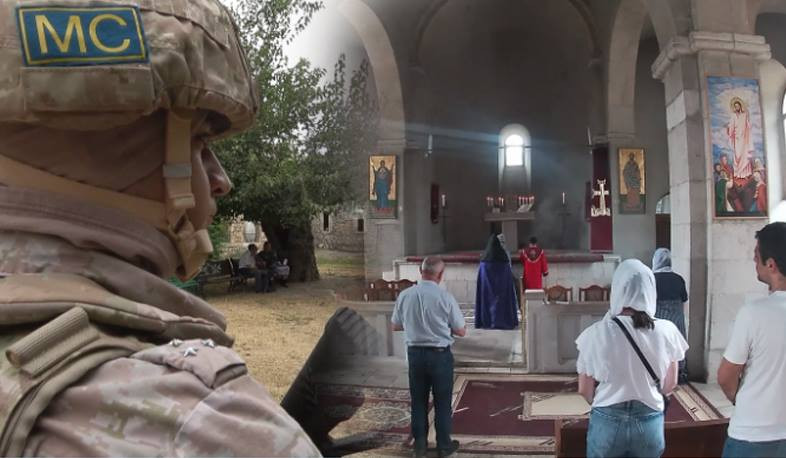 The servicemen of the Russian peacekeeping contingent ensured the safety of visiting the Amaras monastery complex on the line of demarcation of the sides in Nagorno-Karabakh for more than 250 pilgrims and local residents during the week.

The servicemen of the Russian peacekeeping contingent in Nagorno-Karabakh regularly ensure the safety of pilgrims wishing to visit the monastery. The pilgrims arrived in the Martuni district for the church service in Amaras from the city of Stepanakert and the settlements nearby to the monastery.

"The Russian peacekeeping contingent is carrying out the task of ensuring the safety of pilgrims at the Amaras complex. Pilgrims arrive both centrally as part of a convoy and by private vehicles, and the day before the service, the personnel checks the complex for the presence of explosive objects," said Elena Tsarevskaya, a representative of the Russian peacekeeping contingent.

As a result of the signing of the ceasefire agreement, after the end of hostilities, the Amaras monastery was in close proximity to the demarcation line of the parties. Amaras is one of the early medieval Christian monasteries and is located on the territory of the Martuni district. In medieval Armenia, it had the status of a well-known religious and cultural center.