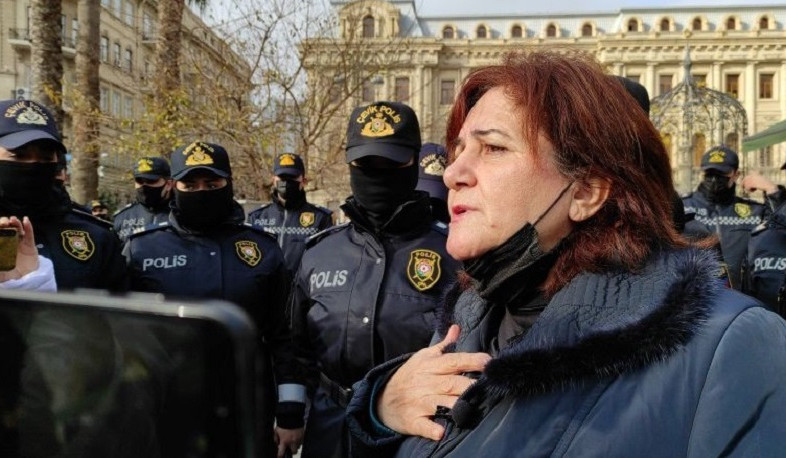 Family members and relatives of those convicted in the ‘Terter case’ tried today to hold a protest in front of the Presidential Administration to demand a review of the charges, Azerbaijani media reports.

The rally was scheduled for 11:00 am. The protesters gathered at Icheri Sheher metro station and from there they headed towards the Presidential Administration. However, reinforced police detachments and the Interior Ministry's rapid response regiment blocked their way.

The police invited the two representatives of the protesters to go to the Presidential Administration. However, from there they were brought back. After taking protesters' statements, the police pushed them back inside the metro station.

People were outraged by the policemen's action. "We just wanted to bring our grievances to the President of Azerbaijan but they didn't even let us pass to the Presidential Administration building," one of the protesters stated.

On 7 May 2017, Azerbaijan's Prosecutor General's Office, State Security Service, Ministry of Defense and Interior Ministry reported detaining a group of servicemen and civilians for espionage in favor of Armenian special services.

The Prosecutor's Office initiated a criminal case under Article 274 (high treason) of the Criminal Code.  The detainees were sentenced to various terms of imprisonment. However, it soon became known that during the investigation, at least 11 suspects were killed as a result of tortures. Four of those killed were later acquitted and the investigators who fabricated charges against them were sentenced to various terms of imprisonment.