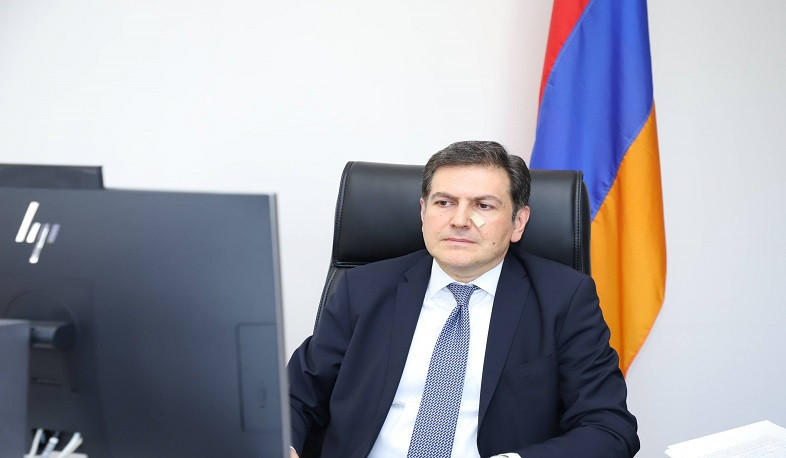 Deputy Minister of Foreign Affairs participated in discussion entitled “What Role for EU in Armenia: opportunities for an effective partnership”

On 2 December, the discussion entitled “What Role for the EU in Armenia: opportunities for an effective partnership” on the margins of the 13th Annual Assembly of the Eastern Partnership Civil Society Forum took place via VTC. Paruyr Hovhannisyan, the Deputy Foreign Minister, participated in the discussion and delivered a statement.

Paruyr Hovhannisyan touched upon the partnership between the Republic of Armenia, the European Union and the EU member states, as well as the bilateral and multilateral formats of Armenia's cooperation with the European Union. He pointed out the achievements in the context of the Armenia-EU legal cooperation during the outgoing year.

Regarding the issue of the regional security, the Deputy Minister emphasized that Azerbaijan has been blatantly ignoring core principles of the international law and international humanitarian law, as well as multiple calls of the Co-Chairs of the OSCE Minsk Group, leaders of different countries and international organizations, including the European Parliament.

At the same time, Paruyr Hovhannisyan called on the European Union to be more precise in their statements and condemn the violations of human rights and fundamental freedoms by some of the EAP partner countries․

At the end of the meeting, the parties reached an agreement to intensify cooperation within the given format.