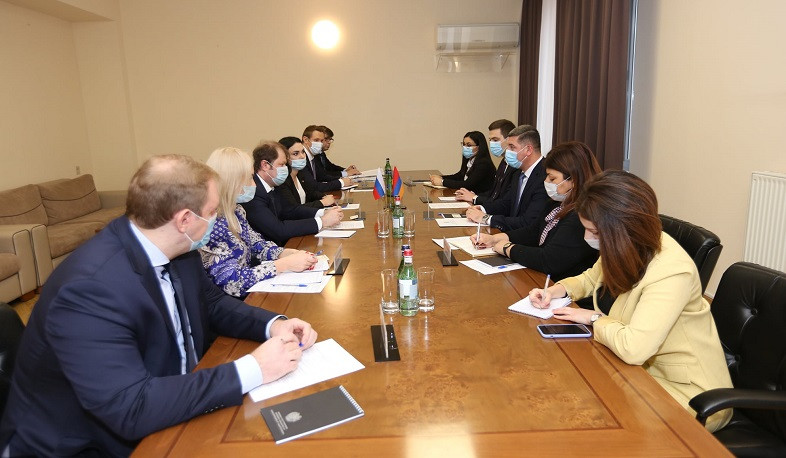 The Minister praised the existing cooperation with the Russian side in the field of transport.

During the meeting, the parties discussed the issue of making changes in the concession agreement, which envisages the removal of restrictions on the amount of subsidies for passenger transportation.

After the meeting with the Minister, the extended meeting continued with the Deputy Minister Armen Simonyan.

The parties discussed the prospects of deepening cooperation, issues related to the further activity and development of the South Caucasus Railway CJSC.

Issues related to the increase of investments in the railway before the end of the concession were also discussed.