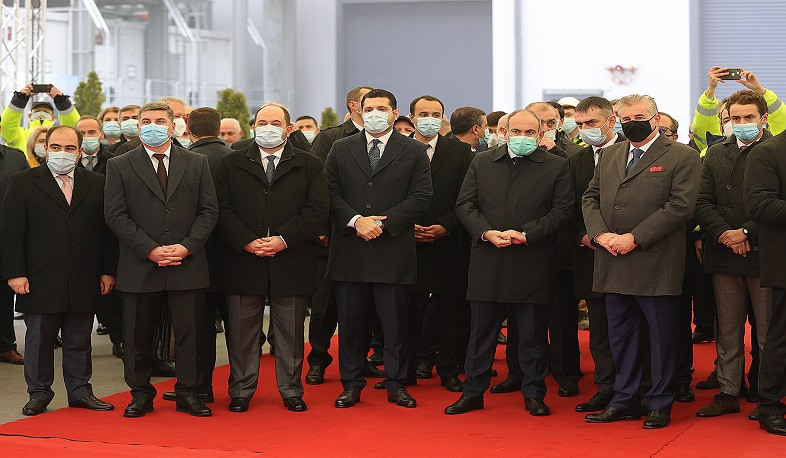 Prime Minister of Armenia Nikol Pashinyan took part in the opening ceremony of a new power plant with a combined heat and gas cycle of 254 MW in Yerevan.

The Prime Minister, accompanied by the CEO of Renko, Giovanni Rubini, toured the power plant to get acquainted with the work done.

About $270 million has been invested in the project. 1,200 employees were involved in the construction work, and after the commissioning of the power plant, 50 new permanent jobs were created.

It was mentioned that the Power Plant will supply the cheapest electricity produced by similar stations to the Armenian energy network.

The groundbreaking ceremony of the power plant with the participation of Prime Minister Pashinyan was held on July 12, 2019.