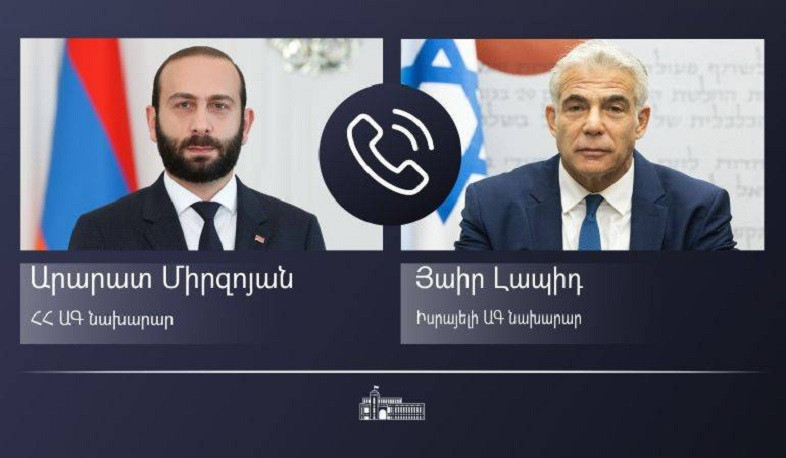 Phone conversation of Foreign Ministers of Armenia and Israel

During the conversation Ararat Mirzoyan presented the situation resulting from the recent aggression unleashed by Azerbaijan against the territorial integrity and sovereignty of the Republic of Armenia.

The interlocutors discussed the Armenian-Israeli relations and prospects of its promotion.

The issues on the Armenian historical-cultural and religious heritage in the Holy Land were touched upon.