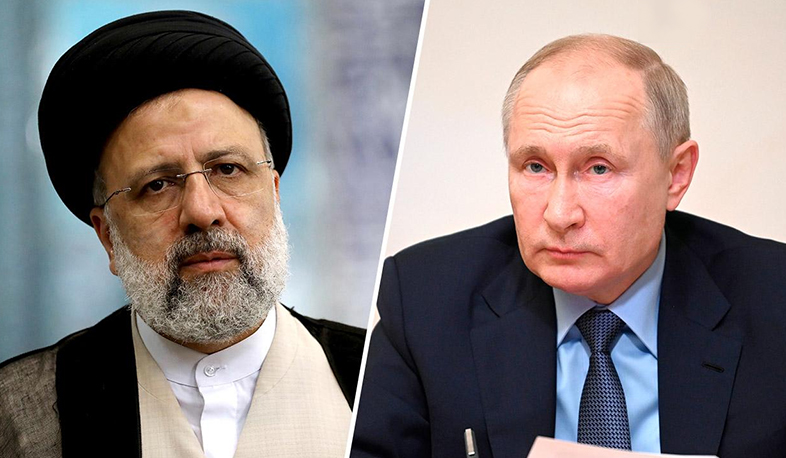 Presidents of Russia and Iran referred to situation around Nagorno-Karabakh

The presidents of Russia and Iran, Vladimir Putin and Ebrahim Raisi discussed current issues on the bilateral and international agenda during a telephone conversation, the Kremlin press service reported.

The sides touched upon the Syrian conflict and expressed readiness for further coordination of the settlement, including within the framework of the Astana summit.

“Attention has been paid to the situation around the Joint Comprehensive Plan of Action (JCPOA) with Iran. Russia and Iran are in favor of its full implementation within the initially agreed framework. Vladimir Putin has expressed hope that the talks scheduled for late November in Vienna will be constructive,” the Kremlin said in a statement.

It is noted that the parties also referred to the situation around Afghanistan and Nagorno-Karabakh.

“Vladimir Putin informed about the measures undertaken by the Russian side to ensure a ceasefire, unblock economic and transport ties, and establish a peaceful life in the region,” the statement said.