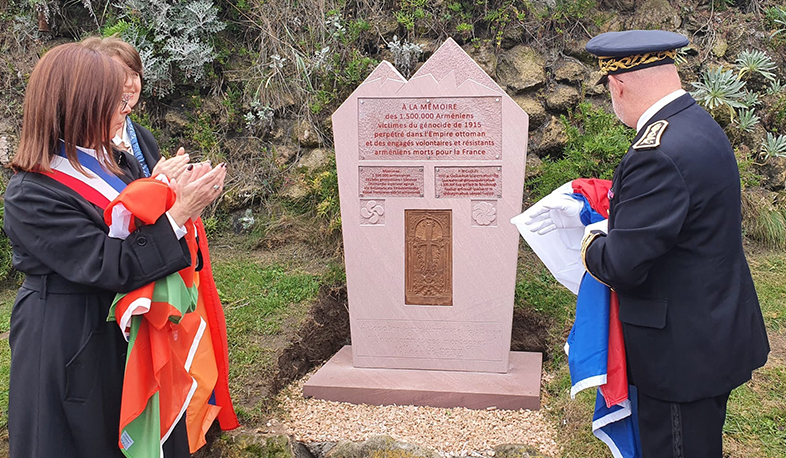 Monument to victims of Armenian Genocide unveiled in Biarritz

Armenia’s Ambassador to France Hasmik Tolmajian took part in the opening of a monument to the victims of the Armenian Genocide in Biarritz, France. The ceremony was attended by Mayor of Biarritz Maider Arosteguy, Vice-Prefect of Bayonne Philip Le Muan Surzur, as well as the President of the Armenian organization ‘Agur Armenia’ Kleman Parakian. The event was also attended by the Member of the French National Assembly Vincent Bruyne, representatives of the municipal councils of nearby cities, public figures, representatives of the Armenian community.

The same day, Ambassador Tolmajyan met with the Mayor of Biarritz, Maider Arosteguy. During the meeting, they referred to the role of the small but active Armenian community in Biarritz, both in the cultural, economic and public life of the city, as well as in the initiatives aimed at strengthening the Armenian-French friendly relations.

At the request of the mayor, Ambassador Tolmajian presented the situation in the region due to the 44-day war unleashed against Artsakh in 2020.