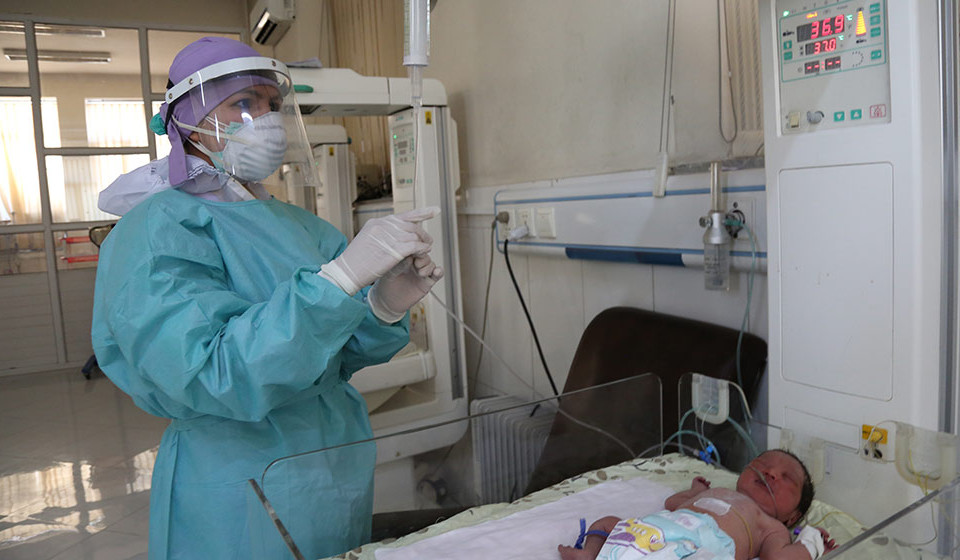 In Kabul's main children's hospital, the crumbling of Afghanistan's health system can be seen in the eyes of the exhausted staff who have remained in the city, ekeing out their fast-diminishing stocks of medicines, Reuters reports.

As crowds of mothers and sick and malnourished children fill the waiting rooms of the Indira Gandhi Children's Hospital, medical staff are squeezing three babies into a single incubator and doubling up in infant warmer beds.

Nurses who once took care of three or four babies each, are now having to look after 20 or more to make up for the absence of staff who fled the country when the Taliban seized power in August.

Although the number of blast victims and war wounded have fallen since the fighting ended, Afghanistan's hospitals are grappling with the fallout of a rapidly spreading economic crisis that has threatened millions with hunger.

UN agencies say as much as 95% of the population does not regularly have enough to eat and last month, the head of the World Health Organisation warned the health system was on the brink of collapse as international aid has dried up.

Lack of support for the $600 million Sehatmandi health service project administered by World Bank, has left thousands of facilities unable to buy supplies and pay salaries, threatening health services at all levels from village clinics to hospitals offering caesarian sections.