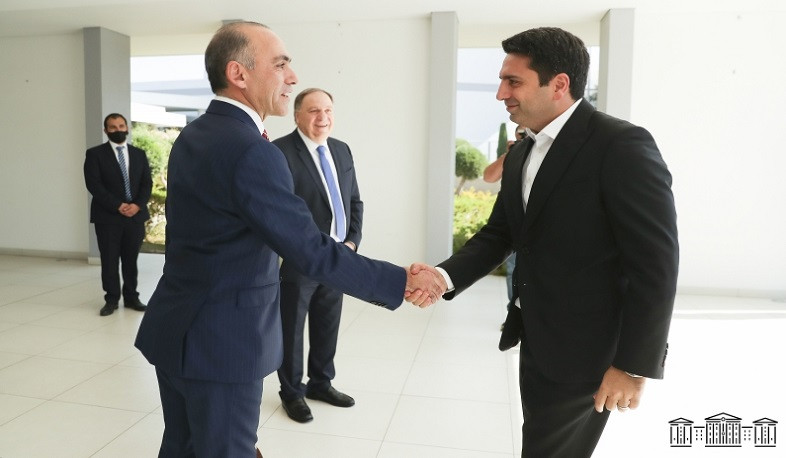 On October 26, the Delegation led by the RA National Assembly met with the Chair of Cyprus-Armenia Inter-Parliamentary Committee on Cooperation Harris Georgiades.

At the meeting the political dialogue of high level between Armenia-Cyprus friendly countries was highlighted. The sides affirmed the priority of the parliamentary diplomacy reserved in the inter-state relations, highly assessing the cooperation between parliaments. In this context the activity of the Inter-Parliamentary Committees on Cooperation functioning in parliaments of the two countries was especially underlined. Alen Simonyan has informed about the formation of Armenia-Cyprus Inter-Parliamentary Committee on Cooperation in the near future, which is a perspective direction for the advancement of the united agendas.

The interlocutors underlined the effective cooperation of the two countries’ parliamentarians on the international platforms to reach the favourable solution of special importance issues. The NA President stressed the cooperation with Cyprus in the context of the development of Armenia-European Union relations.