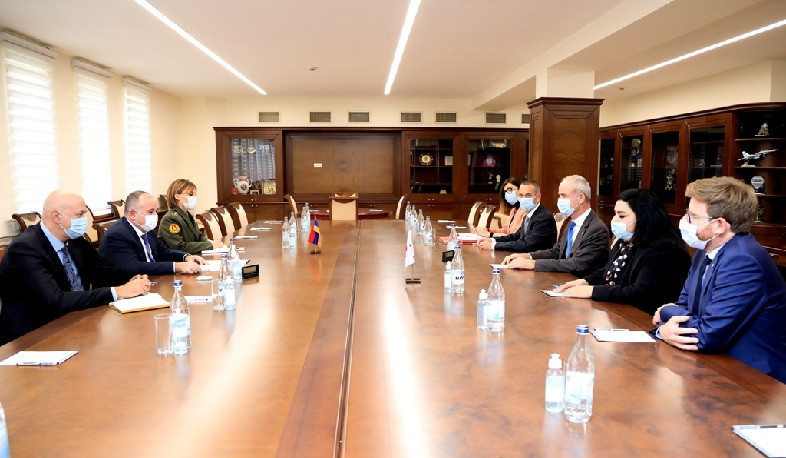 On October 23, Defense Minister of Armenia Arshak Karapetyan received the delegation of the International Committee of Red Cross (ICRC) led by Vice-President Gilles Carbonnier, the Defense Ministry said in a news release.

The meeting was also attended by ICRC Regional Director for Europe and Central Asia Martin Schüepp and Head of the ICRC Delegation in Armenia Thierry Ribaux.

Issues relating to the bilateral cooperation, the persons who went missing as a result of the first and second Artsakh (Nagorno-Karabakh) wars were discussed.

The Defense Minister emphasized the necessity of quick return of Armenian prisoners of war and civilian captives from Azerbaijan and viewing this issue exclusively within the humanitarian domain.

Arshak Karapetyan highly appreciated the ICRC efforts, at the same time highlighting the coordinated work of the ICRC offices aimed at ensuring regular visits to the persons who are in the Azerbaijani captivity and their contact with their families.

Gilles Carbonnier said the ICRC is making constant efforts to solve all those issues and stated that the Geneva Conventions guarantee the protection of the rights of POWs, the right to respect their honor and dignity.