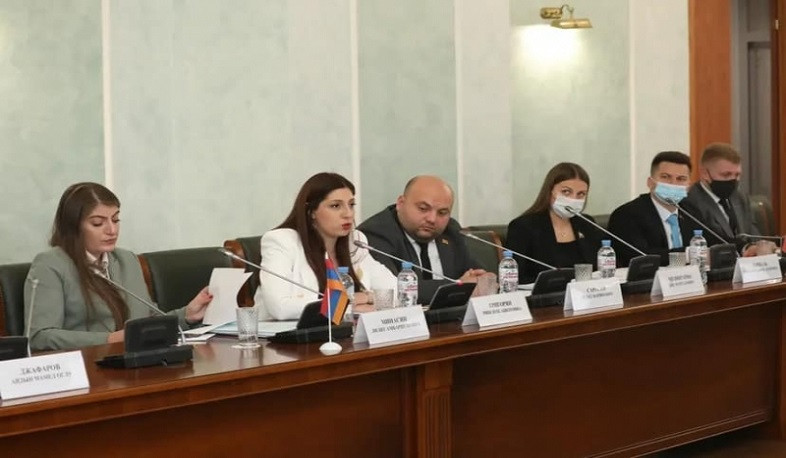 On October 21-22, the regular session of the Youth Inter-parliamentary Assembly (YIPA) of Members of CIS took place, Armenian deputies of the National Assembly Hripsime Grigoryan, Lilit Minasyan and Trdat Sargsyan participated in the session.

At the core of the agenda of the session was the issue of youth tourism in Independent States.

Referring to the offer of the Azerbaijani delegation’s member to make Shushi a tourism center, Armenian NA Deputy Hripsime Grigoryan drew the attention of the participants of the session to the fact of the double bombing of Shushi’s Ghazanchetsots Holy Savior Cathedral by Azerbaijan on October 8, 2020, because of which the icons of the church as well as monuments and khachkars in that area were destroyed. The Deputy stressed that the change of the architectural appearance of the church by Azerbaijan is too disturbing and the only purpose of the act is the concealment of the fact that the monument is Armenian.

Hripsime Grigoryan presented the main directions and the potential of Armenian state policy in tourism. She invited the partners of the CIS member states to participate in the conference of World Tourism Organization of the UN, which will be held in Armenia next year.