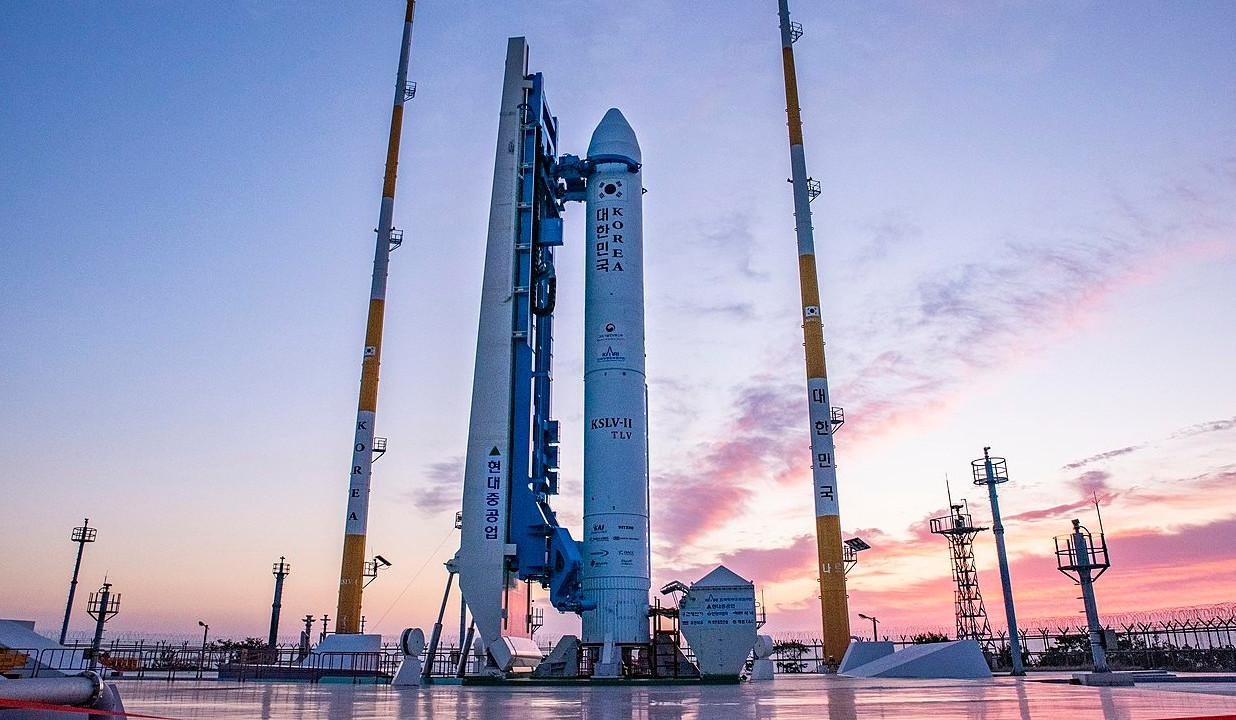 The Korean Satellite Launch Vehicle II, known as Nuri, took off from Goheung, about 500km (310 miles) south of Seoul.

President Moon Jae-in said the vehicle completed its full flight sequence but failed in its goal of putting a dummy satellite in orbit.

Such launches are essential for a space programme but could potentially also have military applications.

South Korea is locked in an arms race with North Korea, with both recently test-firing new weapons. The North put a satellite in orbit in 2012.

In his comments, President Moon admitted the launch fell short of their goals, but added: "It's not long before we'll be able to launch it exactly into the target trajectory".

South Korea plans to carry out four more launches of the Nuri until 2027 to increase reliability, according to the Korea Aerospace Research Institute (KARI) that is overseeing the launch.

While South Korea is seen as a technological powerhouse, it has lagged behind other countries in its development for space exploration.

Previous attempts by Seoul to launch a rocket in 2009 and 2010 failed, with the second exploding minutes after take-off.

South Korea is aiming to send a probe to the moon by 2030.

While South Korea says it intends to use Nuri to launch satellites, the test has also been viewed as part of the country's ongoing ramp-up in weapons development. Ballistic missiles and space rockets use similar technology.

South Korea recently tested a submarine-launched missile. It is also hosting what is said to be its largest ever defense exhibition this week, where it will reportedly unveil a new fighter jet and guided weapons like missiles.

Meanwhile North Korea has been carrying out a flurry of weapons tests. In recent weeks, it has launched what it said were hypersonic and long-range weapons.

Earlier this week, North Korea fired its own submarine-launched missile into the Sea of Japan.

Some of these tests by Pyongyang violate international sanctions, as the UN prohibits it from testing ballistic missiles and nuclear weapons.

North Korea also recently held its own defence expo where it showcased its military hardware including tanks and missiles.

In Asia, China, Japan and India all have advanced space programmes. Private firms, such as Elon Musk's SpaceX and Jeff Bezos' Blue Origin, are also increasingly involved in rocket launches.