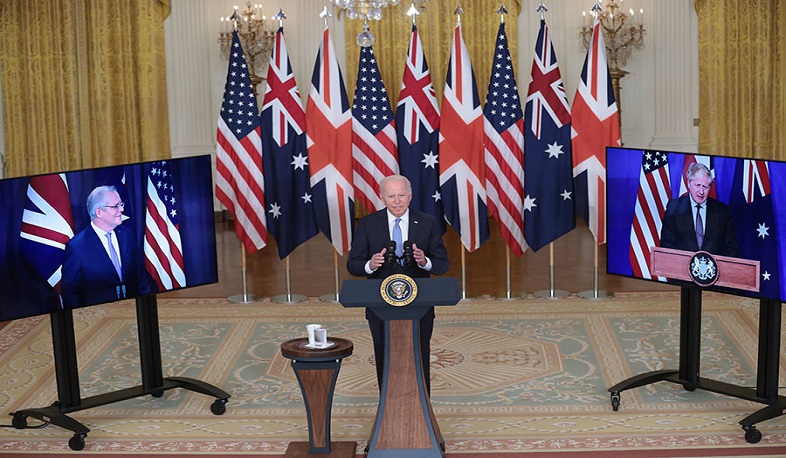 The United States and the United Kingdom are looking to ease tensions with France after a submarine deal with Australia that Paris described as a “stab in the back,” CNBC reports.
U.S. President Joe Biden on Sunday requested a call with French President Emmanuel Macron. A spokesperson for the French presidency said Monday that the call will happen in coming days and that Macron wishes to get some “clarifications.”
A day after Biden’s request, U.K. Prime Minister Boris Johnson said he is “very proud” of his country’s relationship with France and that “our love for France is ineradicable.”
The statements come after news last week that Australia was canceling a submarine deal with France and instead was buying new technology from the United States, in cooperation with the U.K.
The new arrangement will see Australia acquire nuclear-powered submarines rather than conventional ones - in what some experts describe as an attempt by the United States to step up its position against China in the Indo-Pacific region.
Beijing has heavily criticized the deal between the U.S., the U.K. and Australia, known as AUKUS, calling it “extremely irresponsible.”
France has not held back following news of the deal and went as far as recalling its ambassadors from the U.S. and Australia.
“There has been a lie, there has been duplicity, there has been a major breach of trust, there has been contempt. So it’s not OK between us, it’s not OK at all. It means there is a crisis,” Jean-Yves Le Drian, the French minister for foreign affairs, told Info France 2 on Saturday.
“We recalled our ambassadors to try to understand and show these former partner countries our deep discontent. But also, once they are here we will have the occasion to reevaluate our position in order to defend to the best extent our interests both in Australia and United States,” the minister added.
Le Drian also said that, so far, there isn’t a date to send the two ambassadors back. France has also canceled a meeting scheduled for this week between Paris and London.
A spokesperson for the French presidency said Monday the original contract between Paris and Canberra includes “compensations,” but did not disclose any values. When Australia signed the deal with France in 2016, the cost of the submarines totaled $40 billion, according to Reuters.
Views 42