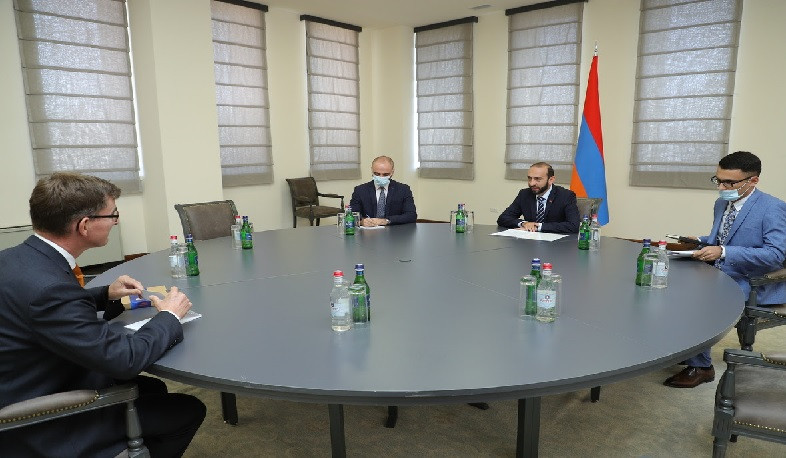 On September 11, Foreign Minister of Armenia Ararat Mirzoyan received the Ambassador of the Netherlands to Armenia Nicholas Schermers.

The Foreign Minister of Armenia and the Ambassador of the Netherlands commended the positive dynamics in the Armenian-Dutch relations and the high level of political dialogue, emphasizing the role of the relatively newly established Dutch resident Embassy in Yerevan in deepening the cooperation.

Ararat Mirzoyan underlined the readiness of the Armenian side to deepen cooperation in the fields of agriculture, innovation and information technologies.

In the context of the agenda of reforms carried out in Armenia, the sides stressed the importance of cooperation on strengthening democratic institutions, human rights and the rule of law.

Minister Mirzoyan and Ambassador Schermers discussed the situation created in Artsakh following the 44-day war and the humanitarian issues that require urgent solution. The need for immediate repatriation of Armenian prisoners of war and captured civilians held in Azerbaijan was emphasized.

The Foreign Minister of Armenia emphasized the position of the Dutch side on the aggression unleashed by Azerbaijan against Artsakh, the resolutions adopted by the Dutch Parliament condemning the actions of Azerbaijan and Turkey.

At the same time, Minister Mirzoyan stressed that Azerbaijan's continuous provocative actions and aggressive rhetoric must receive a proper and targeted response from the international community.