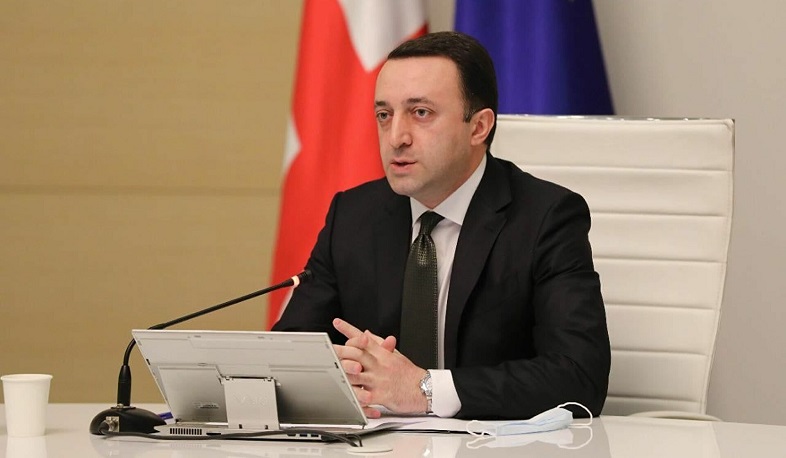 Georgian Prime Minister Irakli Garibashvili has stated that the decision of the largest opposition party, the United National Movement (UNM), to sign the April 2021 EU-mediated agreement after more than four months since the document was signed by other parties ‘is a farce and lie’, agenda.ge reports.
He said that the ruling party had waited for the UNM to join the agreement for 100 days and other opposition parties to fulfil the stipulations of the document which offered large-scale electoral and judiciary reforms.
We will not rejoin the EU-mediated agreement (from which the GD withdrew in July). However, we are committed to continue the reforms outlined in the agreement,” Garibashvili said.
He stated that signing the agreement by the UNM would have the meaning when the GD and several opposition parties joined the agreement ‘thanks to the mediation of Georgia's good friends, European Council President Charles Michel’ and foreign ambassadors.
Garibashvili reiterated that the ruling party accepted the ‘compromise and signed the agreement’ to resolve the ‘artificial political tension in the country sparked by the opposition,’ who ‘without any evidence’ were accusing the government of fabricating the 2020 parliamentary elections.
The UNM ignored the calls of our partners to join the agreement and was engaged with trading to receive as much gain as possible from the situation,” Garibashvili said.
US, EU embassies, MEPs ‘strongly regret’ UNM refused to sign EU-mediated agreement.
The UNM signed the EU-mediated agreement earlier today and stated that even though they disapproved one of the stipulations of the document, it was a ‘critical moment for the country’ and they decided to sign.
The EU and the US ambassadors have welcomed the UNM’s decision.
Views 34