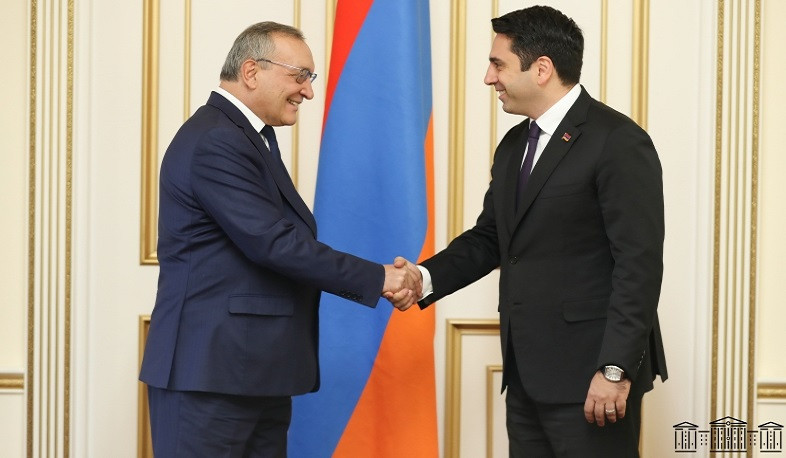 “The fact that I am holding my first official meeting in the capacity of Speaker of Parliament with Mr. Tovmasyan is important for me,” Simonyan said on social media. “During the meeting I emphasized that unity between the twin Armenian states is a fundamental value, the continuous strengthening of which should always have its place in state and public strategic programs.

In response, Arthur Tovmasyan congratulated Alen Simonyan on being elected Armenian Parliament’s Speaker. Tovmasyan noted that he was following the work of the Armenian National Assembly, he was not surprised by the processes taking place, that many events were alien to our culture.

The Speaker of the Artsakh National Assembly emphasized the peculiarities of the current difficult period and the fact of the emergence of new realities conditioned by them. Tovmasyan attached importance to the role of parliamentary diplomacy in the Artsakh recognition process.