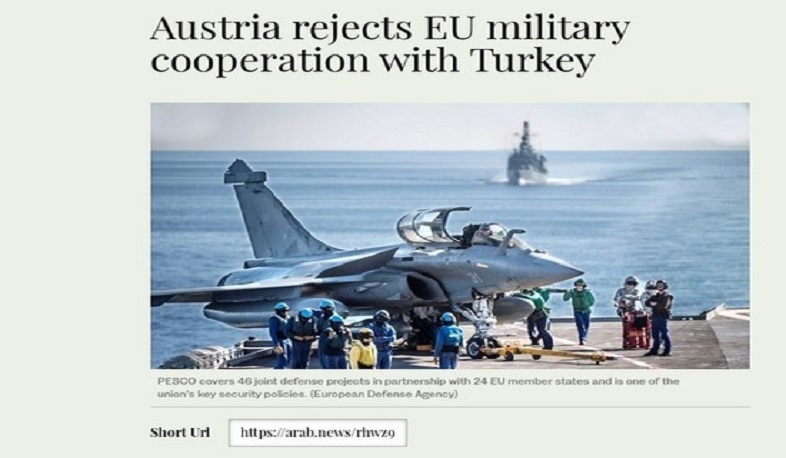 Vienna already objected to Turkey’s formal request to join the Permanent Structured Cooperation Framework (PESCO) in May, it said.

A non-EU state would have to “share democratic values of the EU and (has) to have good neighborly relations with the EU”, Tanner said.

There is no dialogue between Turkey and the EU regarding key defense and security issues, she added.

The EU also requires third countries to provide substantial added value to the military project, according to an agreement achieved in October last year.