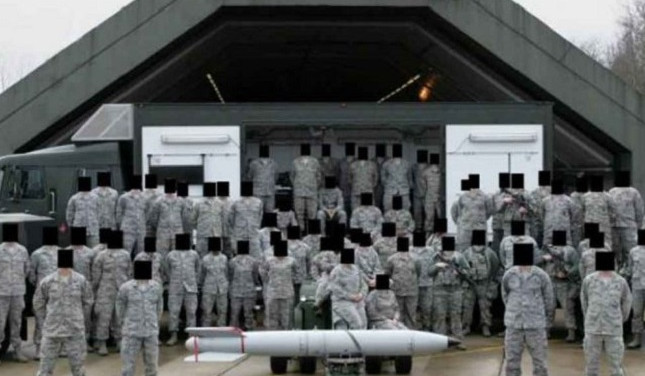 For US soldiers tasked with the custody of nuclear weapons in Europe, the stakes are high. Security protocols are lengthy, detailed and need to be known by heart. To simplify this process, some service members have been using publicly visible flashcard learning apps - inadvertently revealing a multitude of sensitive security protocols about US nuclear weapons and the bases at which they are stored, Bellingcat reports.
While the presence of US nuclear weapons in Europe has long been detailed by various leaked documents, photos and statements by retired officials, their specific locations are officially still a secret with governments neither confirming nor denying their presence.
As many campaigners and parliamentarians in some European nations see it, this ambiguity has often hampered open and democratic debate about the rights and wrongs of hosting nuclear weapons.
However, the flashcards studied by soldiers tasked with guarding these devices reveal not just the bases, but even identify the exact shelters with “hot” vaults that likely contain nuclear weapons.
They also detail intricate security details and protocols such as the positions of cameras, the frequency of patrols around the vaults, secret duress words that signal when a guard is being threatened and the unique identifiers that a restricted area badge needs to have.
Like their analogue namesakes, flashcard learning apps are popular digital learning tools that show questions on one side and answers on the other. By simply searching online for terms publicly known to be associated with nuclear weapons, Bellingcat was able to discover cards used by military personnel serving at all six European military bases reported to store nuclear devices.
Experts approached by Bellingcat said that these findings represented serious breaches of security protocols and raised renewed questions about US nuclear weapons deployment in Europe.
Dr Jeffrey Lewis, founding publisher of Arms Control Wonk.com and Director of the East Asia Nonproliferation Program at the James Martin Center for Nonproliferation Studies, said that the findings showed a “flagrant breach” in security practices related to US nuclear weapons stationed in NATO countries.
Some flashcards uncovered during the course of this investigation had been publicly visible online as far back as 2013. Other sets detailed processes that were being learned by users until at least April 2021. It is not known whether secret phrases, protocols or other security practices have been altered since then.
Views 59