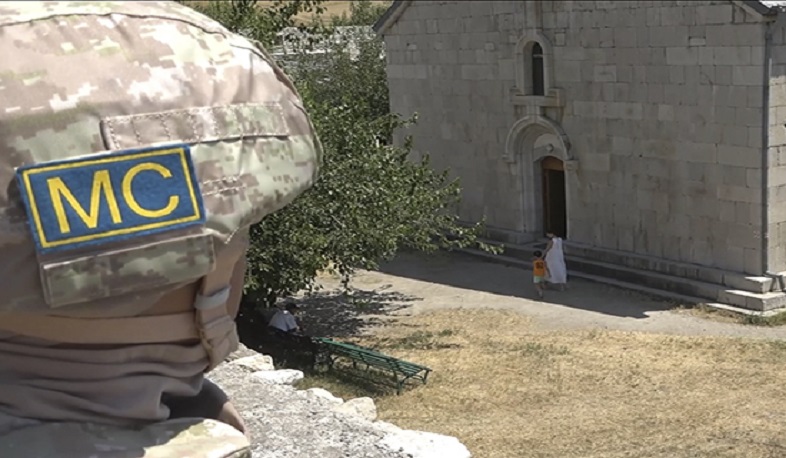 The pilgrims and local residents of Nagorno-Karabakh, accompanied by the military personnel of the Russian peacekeeping contingent, visited the Christian monasteries of Amaras and Ganzasar.

“Today, the pilgrims who arrived at the Amaras monastery were escorted and provided with security. In total, more than 50 people were escorted,” said Mark Yegorchik, an officer of the peacekeeping contingent.

Buses from the administration were provided for 30 people, and the rest, accompanied by Russian peacekeepers, traveled by private transport.

Also, more than 40 believers were escorted to the Ganzasar monastery from the gathering point in the city of Stepanakert along the second route.

After the service, the RPC servicemen escorted everyone back.