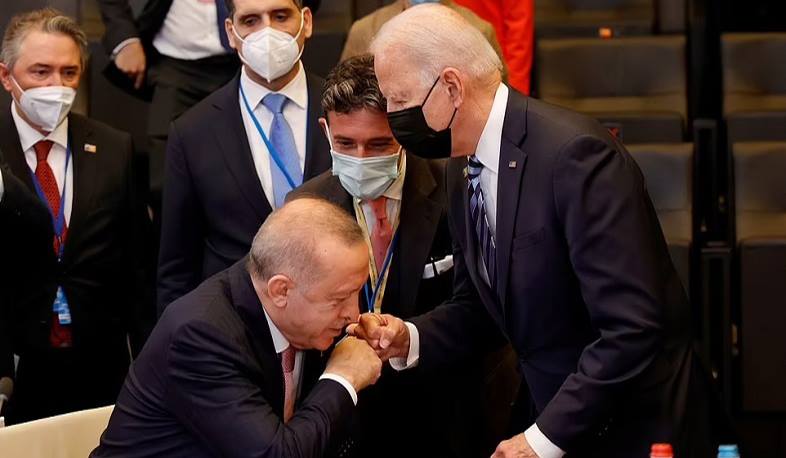 West or West? Erdogan has a ‘wide’ choice

NATO summit, convened shortly after G7 Summit, which was the first face-to-face meeting of this organization since 2018, was very interesting, taking into account the emphasis done during the summit. In fact, during these two gatherings, the West tried to outline a strategy that would predetermine the forthcoming world developments.

First, it is impossible not to notice that the behavior of US President Joe Biden was more ‘guilty’. During President Trump’s presidency, relations between the United States and its European allies deteriorated significantly, and as a result, Washington’s and Europeans’ approach to various international issues began to turn from disagreement into an almost obvious confrontation. In particular, we are talking about Iran’s nuclear program, when Trump, for no good reason, withdrew from the six-party agreement signed on that program, imposed a new, rather ‘creamy’ package of sanctions on Tehran, which not only caused confusion among Europeans, but also led to revolt. At the beginning of last year, Europe began to discuss the need to create a new payment system to trade with Iran in order to circumvent US sanctions. It is true that the introduction of the system was hindered by the global pandemic, and the main ‘mess maker’ lost the US presidential election, Trump, who gave his place in the White House to Biden, a supporter of more balanced actions in international affairs.

Nevertheless, despite the lack of open information, it can be assumed that the leaders of NATO member states have been able to come to a common denominator in two directions. One of them is China, with which economic and political competition was set as a priority within both G7 and NATO. The second direction is traditional - Russia. Moreover, it should be noted that not all NATO members agree in this direction. In particular, it concerns Turkey, which in no way agrees to abandon the idea of ​​acquiring and using Russian S-400 anti-missile systems. It is true that a few days ago Ankara hinted that it could, in particular, take a step towards Washington. The content of the offer was as follows: Turkey continues to operate the S-400s, but returns the Russian personnel servicing them to Russia.

It should be noted that this is another attempt by Erdogan to deceive, as it gives the impression that Ankara is ready to make concessions in this matter. In fact, the Turkish president realizes that he has reached a point beyond which he may face sanctions from the West, particularly the United States, which would be a double blow to Erdogan. On the one hand, Turkey is already in a serious economic crisis, any sanctions can break the already thin back of the Turkish economy. On the other hand, Erdogan has personal reasons to maneuver, as he understands that without the West’s political and economic support, his ambitions to win the 2023 presidential elections may be dashed. And this is exactly the trump card with which the West will probably beat Erdogan in the near future, showing him his place among the ‘equals’.