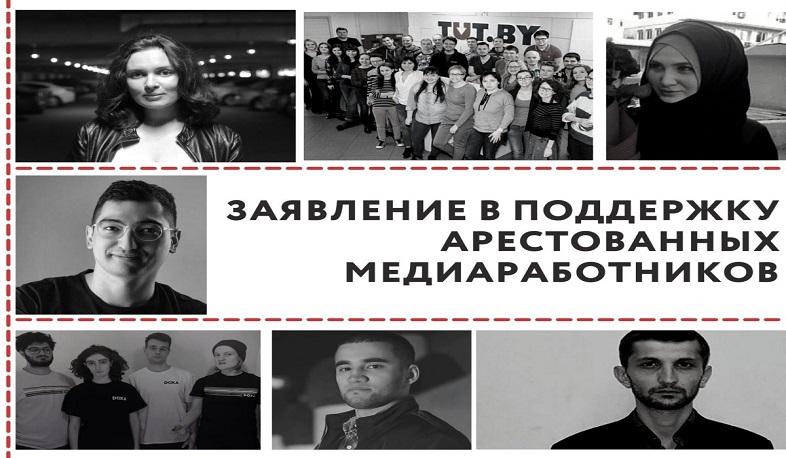 JFJ calls on Azerbaijan to release 6 imprisoned bloggers and journalists

The Justice for Journalists Foundation and its Media Risk Map partners monitoring attacks on media workers in the post-Soviet space call on international organizations and governments of all countries to do their utmost to secure the early release of all incarcerated media workers and to end the barbaric violations of their rights.
According to the JFJ’s experts, at least 84 media workers from Azerbaijan, Belarus, Crimea, Russia, Turkmenistan and Uzbekistan are awaiting trial in detention or under house arrests, or have already been sentenced to long-term imprisonment and are held in prisons and prison camps.
Such actions by governments are undemocratic and violate two fundamental human freedoms: the right to liberty (article 3 of the Universal Declaration of Human Rights) and the right to just and favorable conditions of work(article 23 of the Universal Declaration of Human Rights).
All these journalists, as well as nine incarcerated media workers in Uzbekistan, Turkmenistan and Azerbaijan have been deprived of their liberty just for fulfilling their professional duties by reporting objectively and independently.
According to the Fund, as of June 8, 2021, there are 6 media workers in prison in Azerbaijan, they are: Polad Aslanov, the editor-in-chief of the Xeberman and Press-az news websites, Elchin Mammadli, editor-in-chief of the Yüksəlişnaminə newspaper, Afgan Sadigov, the head of the online publication Azel.Tv, Aslan Gurbanov, blogger, Elchin Hasanzade, blogger and Ibrahim Turksoy, blogger.
Views 48