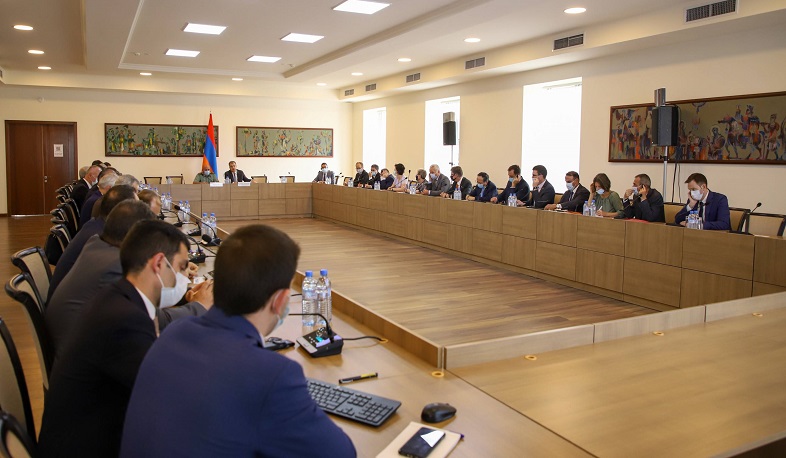 On May 17, Acting Deputy Foreign Minister of Armenia Artak Apitonyan met with the heads of diplomatic missions accredited in Armenia.

Apitonyan presented in detail the situation created by the invasion of the Azerbaijani armed units into the sovereign territory of the Republic of Armenia - Syunik and Gegharkunik provinces, and the steps taken to resolve it.

The Acting Deputy Foreign Minister stressed that the mentioned provocations are a continuation of the aggressive rhetoric of the military-political leadership of Azerbaijan towards Armenia, which is combined with the drills launched in Azerbaijan on May 16, which are held without prior notice and in violation of the requirements of the Vienna document.

Apitonyan stated that such gross violations of international law by Azerbaijan seriously threatening for regional peace and security, and in this context, Armenia expects an appropriate response from the international community.

“The Republic of Armenia has the right to defend its territorial integrity and sovereignty in accordance with the UN Charter,” the Acting Deputy Foreign Minister added.