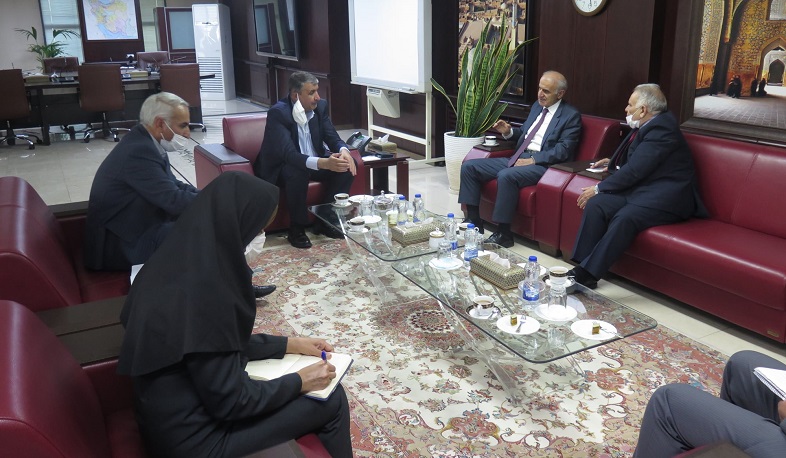 On May 16, Armenia’s ambassador to Iran Artashes Tumanyan met with Roads and Urban Development Minister of Iran Mohammad Eslami.

Armenian Embassy in Iran reports that during the meeting the ambassador briefed on the situation created as a result of incursion of Azerbaijani armed forces into Armenia’s territory, noting that Armenia expects fraternal Iran’s assistance in putting an end to the Azerbaijani provocative actions against Armenia’s territorial integrity and toward the destabilization in the region.

Reiterating the need of maintaining the principle of territorial integrity of the countries and inviolability of borders, the parties discussed the works on implementation of ‘Persian Gulf-Black Sea International Transport and Transit Corridor’ project.

Eslami expressed readiness of the Iranian leadership to operate the important transport corridor, which he said, is aimed not only at the development of economy but ensuring regional security.

Tumanyan emphasized the need to strengthen the north-south transport axis, stating that it is in the interests of all countries involved in the program and is the best way to curb aspirations to destabilize the region.