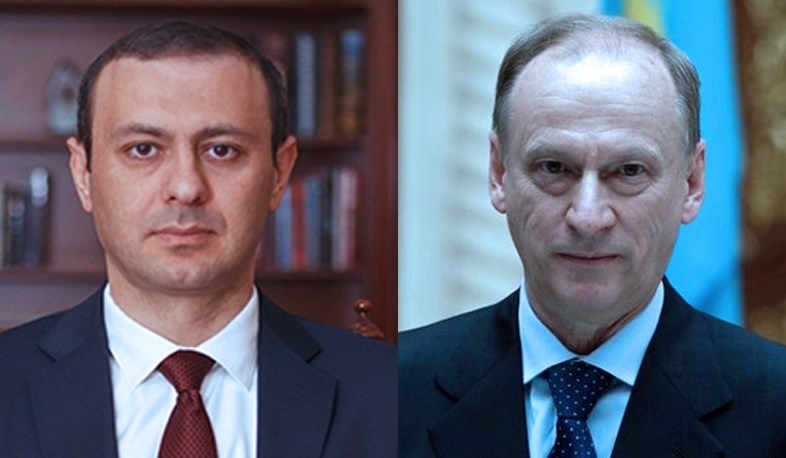 Armenia’s Security Council Secretary Armen Grigoryan and his Russian counterpart Nikolay Patrushev held a phone conversation to discuss the situation on the Armenian-Azerbaijani border and discussed possible options for solving the issue, the Security Council of Armenia reported.
Grigoryan presented the situation to Patrushev and stated that Armenia views this as an encroachment against its sovereign territory, and that this is unacceptable for Armenia, therefore the Azerbaijani military units must leave these territories and pull back.
Grigoryan also underscored that the Azerbaijani side’s aspirations are ungrounded, and there are maps back from Soviet times which substantiate that the above mentioned territories are Armenian.
Speaking about Armenia applying to the CSTO, Grigoryan also highlighted the possibility of initiating the necessary mechanism within the framework of the CSTO for solving the issue as quickly as possible.
In turn, the Secretary of Security Council of Russia Nikolay Patrushev highly appreciated Armenia’s restraint in this issue, attaching importance to all possible diplomatic efforts for solving the issue, adding that the Russian side is intensely working in all levels for a rapid solution.
Views 393