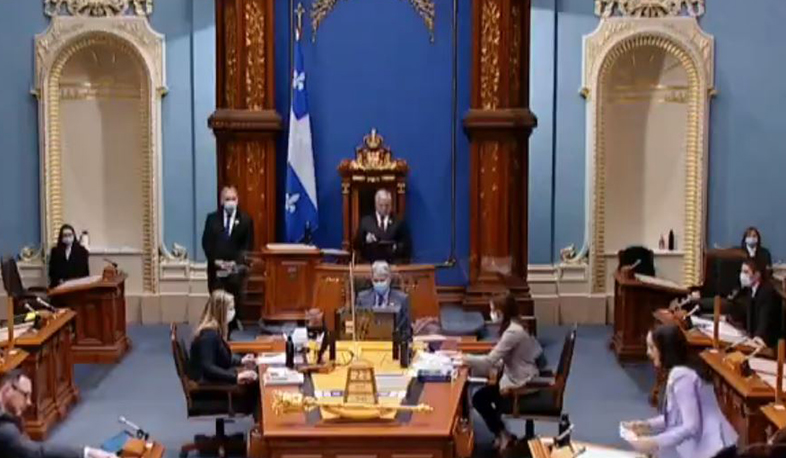 On April 22, the National Assembly of Quebec unanimously adopted a resolution commemorating the 106-th anniversary of the Armenian Genocide, at the same time supporting the decision of the Government of Canada to suspend the supply of military products to Turkey.

“Commemorating the 106-th anniversary of the Armenian Genocide, the National Assembly of Quebec points out that it has led to the death of 1.5 million men, women and children.

It regrets that the political recognition of the Genocide is still under discussion around the world because of its denial by Turkey.

It reminds that during the last year the Armenian people have again become victims of bloody events and tortures in the Nagorno-Karabakh.

It unreservedly supports the decision of the Canadian government to cancel the sale of military products to Turkey.

It calls on the Government of Quebec to unite its OIF member states ahead of the Francophonie Summit to express their support for Armenia.

In conclusion, the National Assembly expresses its solidarity with the Armenian people, recognizes their right to live in peace, security, preserving their language, culture and faith,” the statement reads.