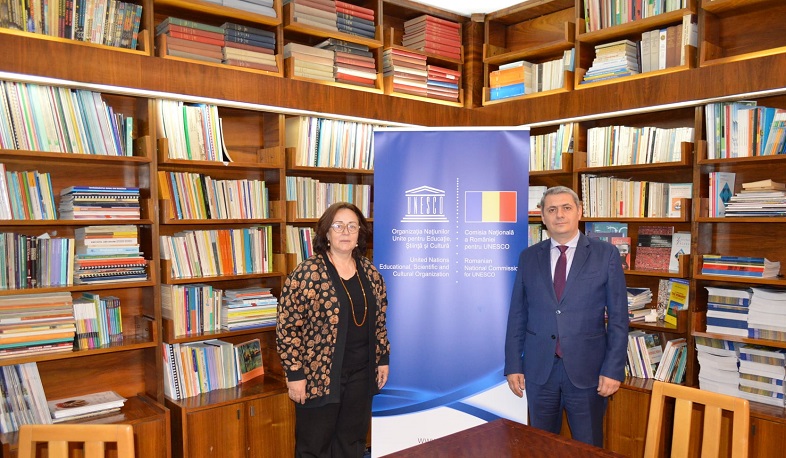 RA Ambassador to Romania Sergey Minasyan met with Secretary General of the Romanian National Commission for UNESCO Madlen Șerban. The cooperation between the national commissions of UNESCO of the two countries was discussed.

Ambassador Minasyan presented to the interlocutor the dangers threatening the Armenian historical, cultural and religious heritage during the Turkish-Azerbaijani aggression against Artsakh (Nagorno-Karabakh) in the autumn and the humanitarian crisis created by it. The RA Ambassador also informed Ms. Șerban about the UNESCO proposal to send a technical mission to Artsakh and Azerbaijan’s destructive position in that regard.

Both sides expressed satisfaction with the preservation of the Armenian historical and cultural heritage monuments in Romania, as an example of a centuries-old friendship between the two peoples, in which the Armenian community of Romania has a significant role to play. The Ambassador also thanked for the special attention paid to the intangible Armenian cultural heritage in Romania, citing as a positive example the law adopted by the Romanian Parliament in 2019 on declaring October 12 the Armenian Language and Alphabet Day.