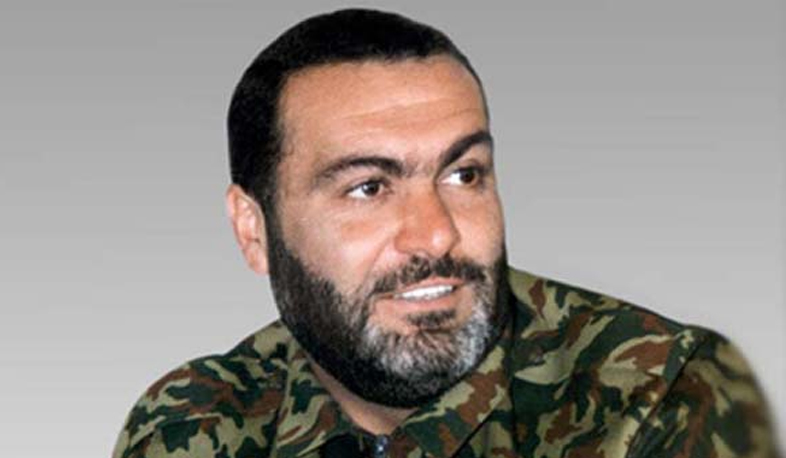 Commander Vazgen Sargsyan would turn 62 today.
He was born in the village of Ararat, Ararat region on 5 March 1959.
In 1979, Sargsyan graduated from the Yerevan Institute of Physical Culture (sports).
From 1979 to 1983, he worked as a physical education teacher in the secondary school of his native village.
From 1983 to 1986, he was the Young Communist League leader at the Ararat Cement Factory.
From 1986 to 1989, he worked in the editorial office of “Garoun” (”Spring”) magazine as the head of the publicity department.
From 1990 to 1992, he was the commander of “Yerkrapah” paramilitary groups, he was also the chairman of Armenian Supreme Council's Security and Interior Affairs Standing Committee.
From 1992 to 1993, he was the first defense minister of RA, presidential adviser on security and the president's representative in the RA border regions.
1993-1995 - state minister of the Republic of Armenia.
26.07.1995-25.05.1999 - he was again appointed to the post of defense minister of RA.
Since 11 June 1999, he became the Prime Minister of the RA.
On October 27, 1999, he became a victim of terrorist attack in Armenian National Assembly’s (the parliament in Armenia) session room and buried in “Yerablur” military pantheon. He is “Artsakh Hero” (1998) and was awarded with Golden Eagle order. He is also Armenia's National Hero (27.12.1999, posthumous). His role in Armenian army formation is undeniable. His contribution to the creating of  Armenia's statehood is very important as well. People gave him a name "Sparapet" (chief commander). In 2000, streets, schools in Armenia and Artsakh (Nagorno-Karabakh) and the military institute in Yerevan and units were named after him.
Views 725