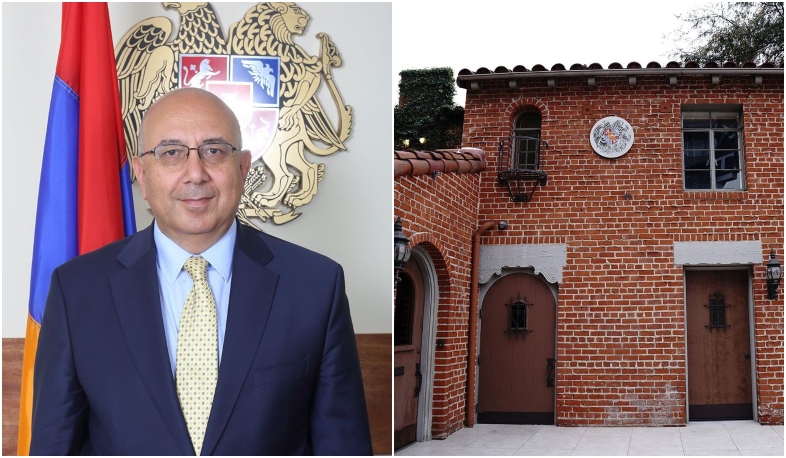 STATEMENT OF THE CONSUL GENERAL OF ARMENIA IN LOS ANGELES, AMBASSADOR EXTRAORDINARY AND PLENIPOTENTIARY ARMEN BAIBOURTIAN

Dear Compatriots living in California and other US Western States,

The aggressive attacks and incursion attempts of the Azerbaijani side on the Armenian-Azerbaijani border have recently spread to a number of countries around the world, where tangible Armenian community is present. California, in particular, has become one of the main targets of Azerbaijani provocations in this regard, as we evidenced last week's provocative Azerbaijani actions during a peaceful demonstration of the Armenian community in front of the Consulate General of Azerbaijan in Los Angeles, as well as the vandalism at San Francisco Krouzian-Zekarian-Vasbouragan Armenian school.

The Consulate General of Armenia, in its turn, will do the utmost to facilitate the work of law enforcement aimed at ensuring the safety and security of the Armenian community.