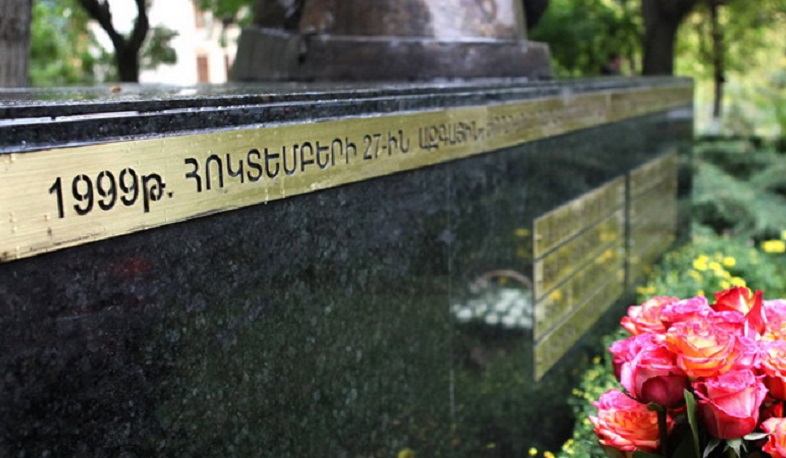 A full-scale investigation is underway on the "October 27" case. Arthur Davtyan

Today in the National Assembly the RA Prosecutor General Arthur Davtyan touched upom the investigation of the "October 27" case . "A full-scale investigation is underway into the "October 27" case", he said.
According to him, in the framework of this case, an investigation group was formed with the involvement of investigators of different investigation bodies, as well as a prosecutor's control group was set up.
"The head of the National Security Service has been instructed to take measures to find out the data of the case and the existing contradictions", Davtyan said.
Then Speaker of the Parliament Karen Demirchyan, the Prime Minister Vazgen Sargsyan and six other statesmen and deputies were killed in a terrorist attack on the Armenian parliament on October 27, 1999. Circumstances of that crime have not been fully identified yet.
Views 185