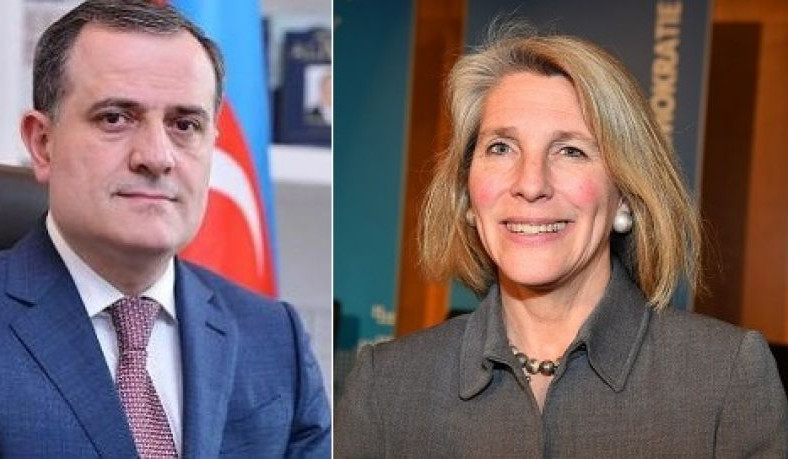 Bayramov and Donfried had telephone conversation

According to the Azerbaijani Foreign Ministry, Bayramov briefed Donfried on the current state of negotiations on the peace agreement, work on opening communications and delimitation issues.

“Donfried stressed that the U.S. supports efforts to ensure stability in the region. She said it is important to move the peace process forward in accordance with the agreements reached between the leaders and ministers,” the report reads.