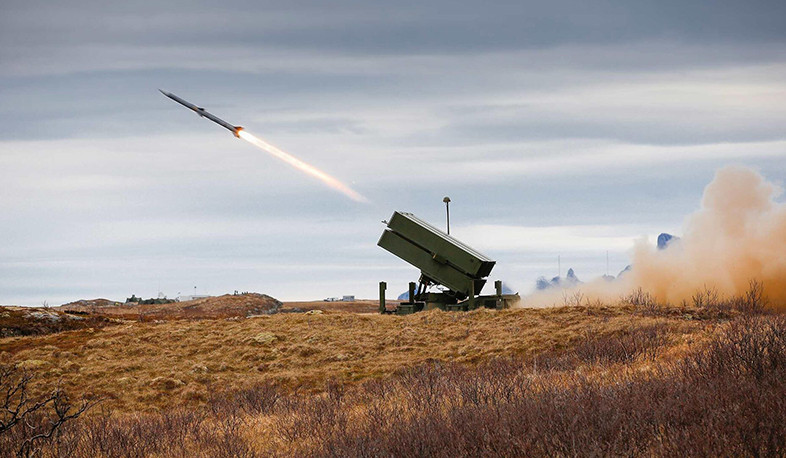 The US and its allies are discussing the possibility of moving National Advanced Surface-to-Air Missile Systems (NASAMS) to Ukraine with a number of Middle Eastern countries, Chief Executive Officer of Raytheon Technologies, a company that produces those systems, Greg Hayes said in an interview with the Politico newspaper published on Thursday.

"There are NASAMS deployed across the Middle East, and some of our NATO allies and we [the U.S.] are actually working with a couple of Middle Eastern countries that currently employ NASAMS and trying to direct those back up to Ukraine," he said.

The goal is to send the air defense systems to Ukraine in the next three to six months, after which the US would backfill those systems with new NASAMS in the Middle East over the next 24 months, Hayes said. Shifting systems from the Middle East is faster than building them in the US, he noted. It takes two years to build NASAMS because of the lead time required to buy electronic components and rocket motors, the CEO said.

Raytheon declined to name the Middle Eastern countries that would send the system, but purchasers in the region are Oman and Qatar, the paper wrote. The US administration would have to approve the arrangement to transfer the air defense systems to Ukraine, the publication said.