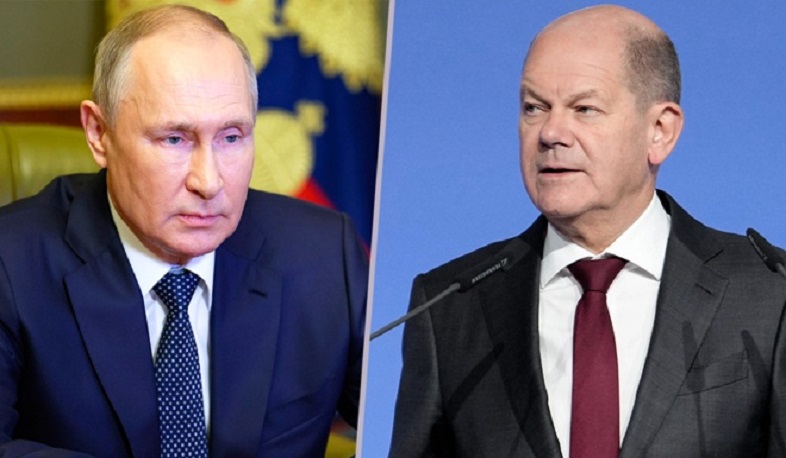 President of Russia Vladimir Putin had a telephone conversation with Federal Chancellor of the Federal Republic of Germany Olaf Scholz, at the initiative of the German side, the Kremlin reports.

The discussion focused on various aspects of the situation around Ukraine. Vladimir Putin again explained in detail Russia’s fundamental approaches to the special military operation and pointed out the destructive policy of Western countries, including Germany, pumping the Kiev regime with weapons and training the Ukrainian military. All this, as well as their comprehensive political and financial support for Ukraine, leads Kiev to reject any idea of negotiations. In addition, it encourages radical Ukrainian nationalists to commit more and more bloody crimes against the civilian population.

The President of Russia called on Germany to reconsider its approaches in the context of the Ukrainian developments.

The Russian leader noted that the Russian Armed Forces had for a long time refrained from pinpoint missile strikes at certain targets on the territory of Ukraine, but now such measures have become an unavoidable and inevitable response to Kiev's provocative attacks against Russia's civilian infrastructure, including the Crimean bridge and energy facilities.

This list of incidents also includes the terrorist attacks against the Nord Stream and Nord Stream 2 gas pipelines. A transparent investigation into the circumstances of those attacks must be conducted and it must include the relevant Russian agencies.

Vladimir Putin and Olaf Scholz also touched upon certain aspects of implementing the July 22 Istanbul package deal on the export of Ukrainian grain from the Black Sea ports and the unblocking of food and fertiliser exports from Russia. The parties emphasised the need for bona fide comprehensive implementation of the grain deal, which implies the elimination of all barriers for Russian exports.