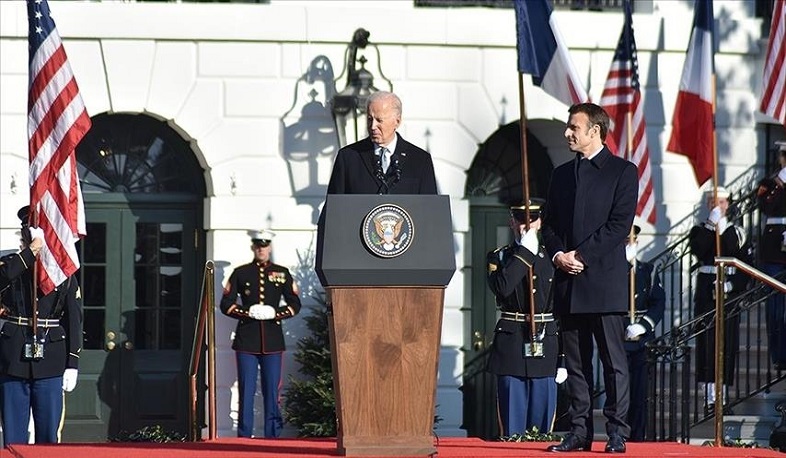 Biden mentioned condition of negotiating with Putin on issue of Ukraine

U.S. President Joe Biden said he has no immediate plans to contact Vladimir Putin but is prepared to speak with the Russian president if he shows an interest in ending the military operation in Ukraine, and only in consultation with NATO allies, Reuters reports.

"I have no immediate plans to contact Mr. Putin," Biden said at a White House news conference after talks with French counterpart Emmanuel Macron.

"I'm prepared to speak with Mr. Putin, if in fact there is an interest in him deciding he's looking for a way to end the war. He hasn't done that yet."

Biden is hosting Macron at the first state visit since the U.S. leader took office in early 2021. Biden and his wife Jill greeted Macron and his wife Brigitte with hugs, kisses and broad smiles as they celebrated more than 200 years of U.S.-French relations.

In a joint statement issued after their Oval Office talks, the two leaders said they were committed to holding Russia to account "for widely documented atrocities and war crimes, committed both by its regular armed forces and by its proxies" in Ukraine.