Armenia is interested in strengthening of regional security and is committed to fulfill its obligations: Tatevik Gasparyan

“I know that you have visited Armenia and Artsakh several times. We highly appreciate your solidarity and support for the Armenian people. At this difficult moment, when the sovereign territory of democratic Armenia is threatened, your principled and constructive position also emphasizes your commitment to the protection of fundamental human rights and justice,” the Head of the RA NA Friendship Group Armenia-Spain Tatevik Gasparyan noted during the meeting with the deputy of the Congress of Deputies of the Kingdom of Spain Jon Iñarritu.

The Head of the Group highlighted the continuous development of relations with friendly Spain and expressed her belief that the current level of bilateral cooperation does not reflect the full potential.

Tatevik Gasparyan emphasized that currently, the military-political situation in the region remains extremely tense, and the security level is fragile. The Head of the Friendship Group stated that our country is interested in the strengthening of regional security and stability and is committed to fulfill its obligations. “Despite the readiness of Armenia to continue peace talks and sign a peace treaty, the risk of new aggression by Azerbaijan remains high, especially taking into account the fact that Azerbaijan continues to violate the ceasefire regime constantly, and the President Aliev continues his belligerent rhetoric,” Tatevik Gasparyan said.

She expressed her gratitude to the Congress of Deputies of Spain for unanimously accepting the statement condemning the large-scale aggression unleashed by Azerbaijan against the sovereign territory of Armenia on September 13. “The position of the Congress of Deputies is a good example for the international community as a step in order to establish peace and stability in the region,” the deputy underlined.

Reference was made to the immediate repatriation of Armenian prisoners of war and other persons held in Azerbaijan, the need for proper and guaranteed preservation of historical, cultural and spiritual heritage of Artsakh.

The members of the Friendship Group Taguhi Tovmasyan, Hasmik Hakobyan and Narek Zeynalyan also emphasized the importance of continuous development of bilateral relations. Taguhi Tovmasyan referred to the consequences of the invasion of Azerbaijan into the sovereign territory of Armenia, security challenges, raised the issue of having a security zone in the border communities. Hasmik Hakobyan highlighted Jon Iñarritu’s pro-Armenian position: his speeches encourage the Armenian people and are a signal to the world that Armenia is not alone in protecting its sovereignty and democracy in this difficult situation.

According to Jon Iñarritu, during the last centuries, the Armenian people had to suffer hardships on their land and undergo genocide. “What is happening to Armenia is intolerable, and a number of European countries cannot take a different position than not tolerating the barbarism carried out by Azerbaijan. I will always be on the side of the Armenian issue, I will protect the Armenian people,” the Spanish delegate stressed.

At the meeting, reference was made to the development of the Armenian-Spanish ties in a number of areas. The role of the Armenian Diaspora in the expansion of bilateral relations was emphasized. 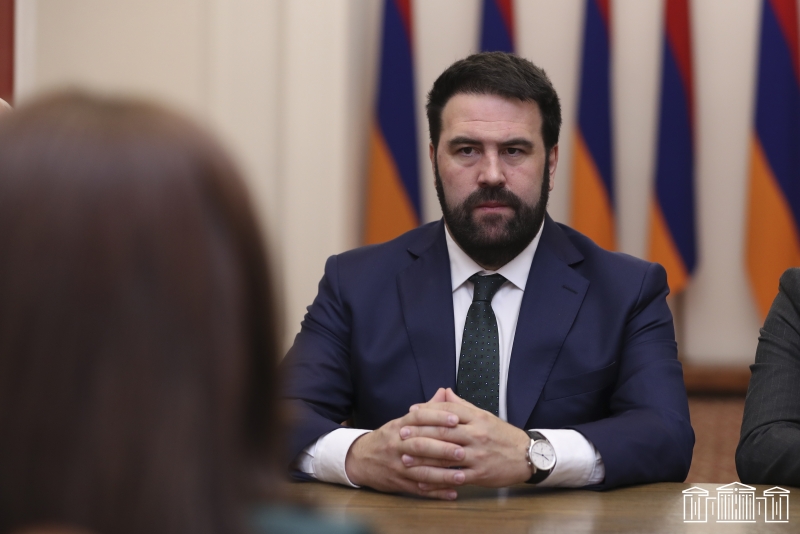