On the sidelines of the OSCE Ministerial Council, Minister of Foreign Affairs of Armenia Ararat Mirzoyan, who is in Łódź, Poland, had a meeting with Archbishop Paul Richard Gallagher, the Secretary for Relations with States and International Organizations of the Holy See.

The interlocutors commended active and effective dialogue established between Armenia and the Holy See, based on common Christian values and historical heritage. Ararat Mirzoyan highly appreciated Paul Richard Gallagher's contribution to the development of bilateral relations, expressing readiness of the Armenian side to make continuous efforts to further enrich the existing agenda. 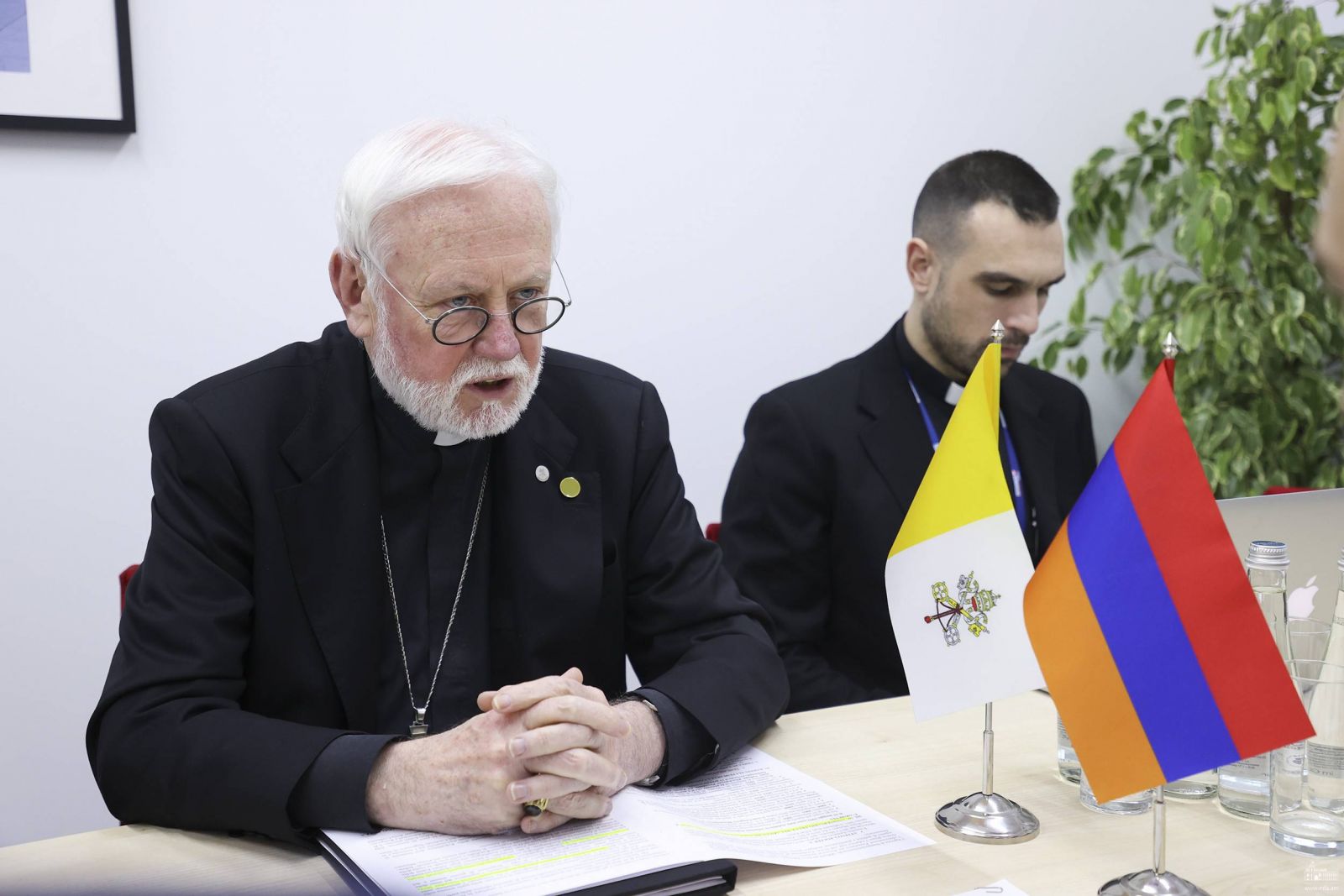 During the meeting, the agreements reached during the visit of the Foreign Minister of Armenia to the Holy See in October were discussed.

Minister Mirzoyan presented to his interlocutor the security situation following the 44-day war and the recent Azerbaijani aggression against the sovereign territory of Armenia, as well as the existing humanitarian issues.

Reiterating the commitment of the Armenian side to promote the peace agenda, the Foreign Minister of Armenia noted that Azerbaijan is hindering the establishment of peace and stability in the region with its warmongering rhetoric and maximalist aspirations.