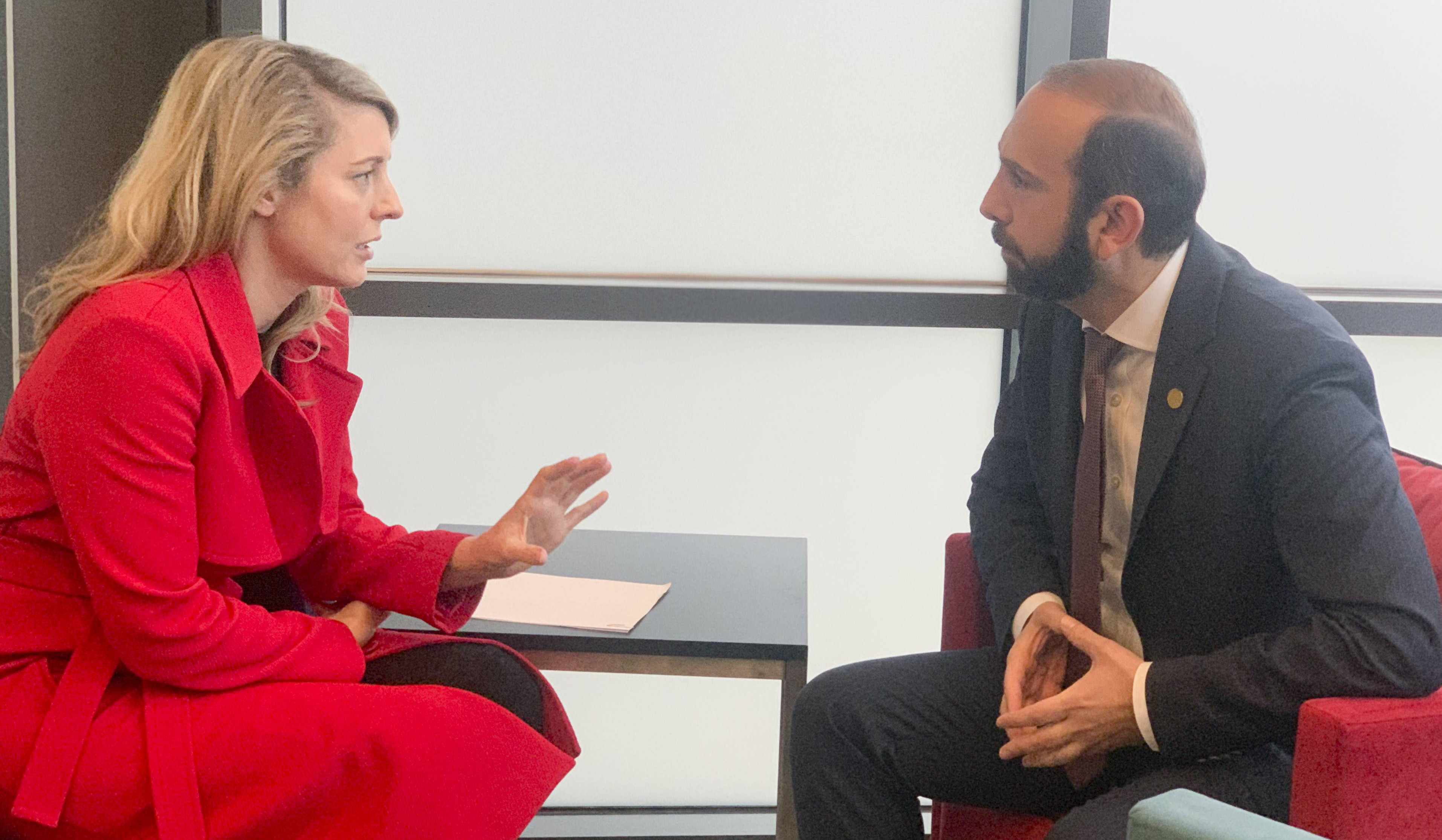 On December 1, on the margins of the OSCE Ministerial Council, Ararat Mirzoyan, the Foreign Minister of Armenia, met with Mélanie Joly, the Foreign Minister of Canada.
The Foreign Minister of Armenia and Canada discussed the possibilities of development of Armenian-Canadian relations. In this regard, the decision of Canada to open an Embassy in Yerevan was highlighted.
The interlocutors highlighted the importance of further strengthening the cooperation of the two Governments in promoting democratic reforms in Armenia.
Touching upon the aggression unleashed by Azerbaijan against the territorial integrity of Armenia, Minister Mirzoyan stressed the importance of the withdrawal of Azerbaijani forces from the sovereign territory of Armenia. The Foreign Minister of Armenia briefed  his counterpart on the recent developments regarding the normalization of Armenia-Azerbaijan relations and the Nagorno-Karabakh conflict.
Mélanie Joly emphasized the role of the EU Monitoring Mission in Armenia in maintaining stability in the region and expressed support for the mission.
Views 138