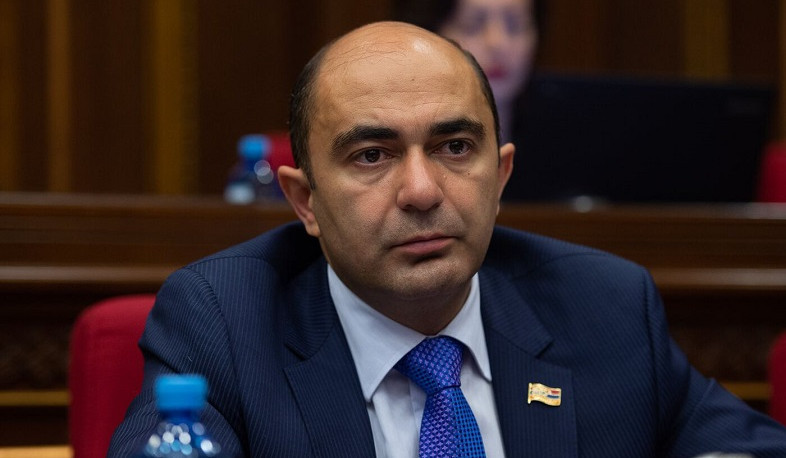 Ambassador-at-Large of Armenia Edmon Marukyan during the interview with Armenpress commented on the statement of the Azerbaijani foreign ministry according to which during the meetings in Prague and Sochi it has not been clarified based on what maps the border delimitation between Armenia and Azerbaijan should be carried out.

Question: Mr. Marukyan, the ministry of foreign affairs of Azerbaijan, in response to the interview of Armenian Foreign Minister Ararat Mirzoyan to Armenpress, has stated that the statements made after the Prague and Sochi summits noted that the border delimitation must be carried out based on the UN Charter and the Alma-Ata Declaration, but as if there is no word in them about what maps this should be based on. Meanwhile, the representative of the Azerbaijani foreign ministry announces that there are Azerbaijani villages under the control of Armenia. How would you comment on this statement?

Answer: I want to note that the Azerbaijani officials should decide on one issue: is there a border between Armenia and Azerbaijan or not? Because during the aggressions unleashed against Armenia on May 12, 2021 and September 13, 2022, and the occupation of Armenia’s sovereign territories, they have claimed that the border is not delimited, and there is no border. But now how do they claim that there are Azerbaijani villages under Armenia’s control? By making such a claim the Azerbaijani side accepts that there is a clear border between Armenia and Azerbaijan.

Armenia’s position on the state border is very clear and derives from the international law: that is, there is an Armenia-Azerbaijan state border, based on the Alma-Ata Declaration and the protocols attached to it, the sides have reaffirmed the recognition of this border during the Prague quadrilateral meeting on October 7, 2022 and the Sochi trilateral meeting on October 31, 2022.

As for the issue of the maps that Azerbaijan regularly raises, claiming that there is no mentioning of concrete maps in the statements and that it’s not clear with what maps the delimitation should be carried out, here as well the Azerbaijani side contradicts itself. By mutually recognizing each other’s borders with the Alma-Ata Declaration and the protocols attached to it, Azerbaijan closed the topic of speculation of maps as it’s clear that the talk is about the administrative borders of the republics of the Soviet Union. Therefore, here too, it’s impossible to claim that, yes, we recognize the territorial integrity of Armenia by the Alma-Ata Declaration and the adjacent protocols, and then to continue the uncertain narrative about the historical maps.

Question: In this situation what is the position of Armenia? On what basis is it necessary to move forward? What kind of solutions do you see?

Answer: Armenia has repeatedly officially responded and proposed to do so that there are no occupied territories along the entire border, as well as proposed solutions for the withdrawal of troops in a mirrored fashion and creation of a demilitarized zone along the border, however, in response to these solutions, the Azerbaijani side did not withdraw its troops to their deployment sites as of May 12, 2021, and ignoring the ongoing activities of the Delimitation and Border Security Commissions, it unleashed a new aggression on September 13 this year as a result of which new territories were occupied from the sovereign territory of the Republic of Armenia.

Summing up what has been said, I want to note that the fundamental issue here is the following that Azerbaijan cannot claim that we have a clear border in all those cases when an attempt is made to present a history of the territories of Azerbaijan under the control of Armenia, and when unleashing aggressive hostile actions against Armenia and occupying territories, to claim the opposite that there is no border and it is subject to delimitation.

All the proposals made by Armenia are in force, and in case of a presence of a political will by Azerbaijan, guided by the Alma-Ata Declaration and the adjacent protocols, on the basis of administrative borders of the republics of the Soviet Union, it is necessary to move forward and quickly delimitate the mutually recognized state borders which will bring its positive contribution ahead of the signing of the peace treaty.