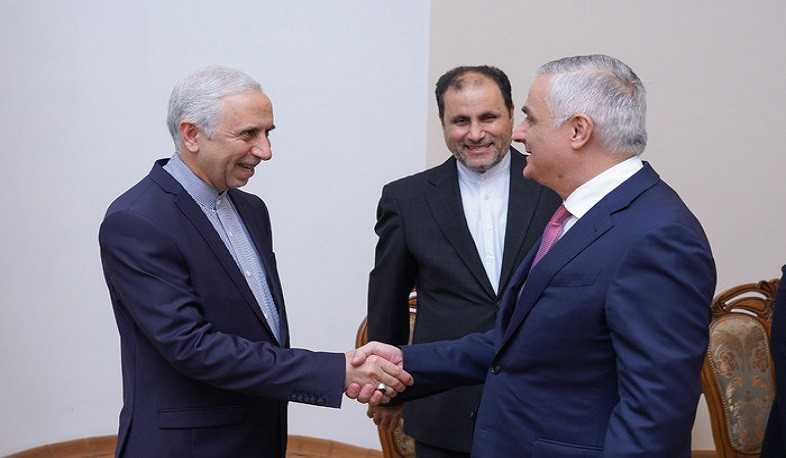 Welcoming the Ambassador, the Deputy Prime Minister emphasized the development of relations with friendly Iran and thanked for the targeted statements made by Iran regarding Azerbaijan's aggression against the sovereign territory of Armenia.

During the meeting, key issues of the bilateral agenda were discussed, particularly cooperation in the fields of energy and transport.

The importance of launching the railway between Armenia and Iran and the prospects of expanding cooperation under it were particularly emphasized in case of possible unblocking of regional transport links.

An agreement has been reached to organize a meeting of the committee following the implementation of the memorandum of understanding of the 17th session of the Armenian-Iranian intergovernmental commission in Iran in the near future, during which issues of bilateral interest will be discussed in more detail.