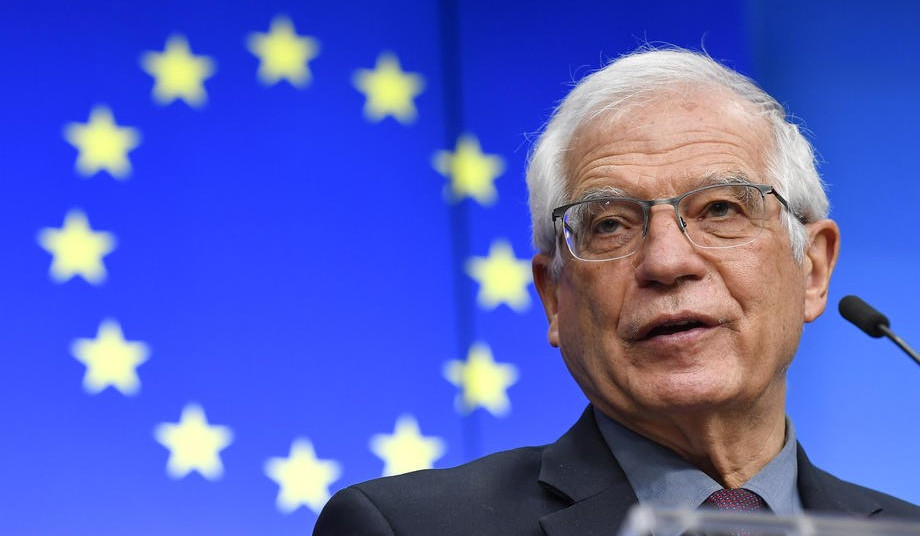 The fact that the Donetsk and Lugansk People’s Republics and the Zaporozhye and Kherson Regions joined Russia makes ending the conflict in Ukraine practically impossible, EU High Representative for Foreign Affairs and Security Policy Josep Borrell told Spain’s 24 Horas TV channel on Saturday.
"No one will recognize the annexation of these territories," he insisted. According to the EU’s top diplomat, this decision by the Russian government makes it "practically impossible for the war to end."
From September 23 to September 27, the Donetsk People’s Republic (DPR) and the Lugansk People’s Republic (LPR) as well as the Kherson Region and the Zaporozhye Region held a referendum where the majority of voters opted to join Russia.
On Friday, Russian President Vladimir Putin and the heads of the DPR and the LPR, the Zaporozhye and Kherson Regions signed treaties on their accession to Russia. In his speech at the signing ceremony, Putin called on Kiev to immediately cease hostilities and return to the negotiating table.
Views 664