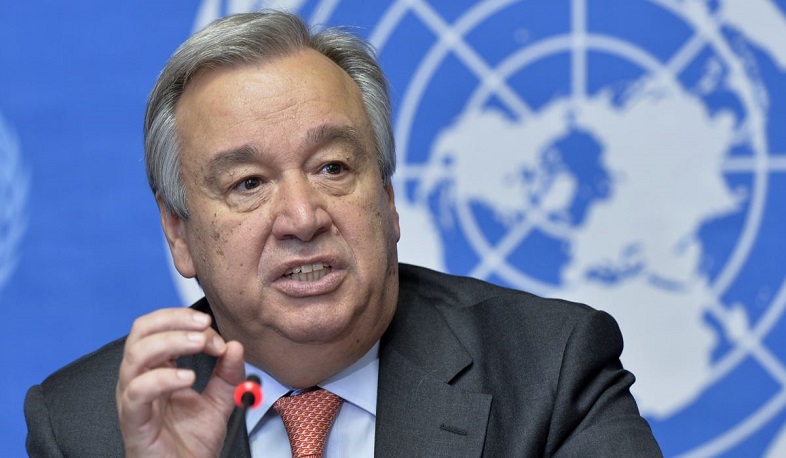 “Any decision to proceed with the annexation of Donetsk, Luhansk (Lugansk - TASS), Kherson and Zaporizhzhia (Zaporozhye - TASS) regions of Ukraine would have no legal value and deserves to be condemned,” Guterres told reporters on Thursday.

"The UN Charter is clear," Guterres stressed, "Any annexation of a State’s territory by another State resulting from the threat or use of force is a violation of the Principles of the UN Charter and international law. The United Nations General Assembly is equally clear." The UN Secretary General also noted that "Russian Federation, as one of the five permanent members of the Security Council, shares a particular responsibility to respect the Charter." "It cannot be reconciled with the international legal framework. It stands against everything the international community is meant to stand for. It flouts the Purposes and Principles of the United Nations. It is a dangerous escalation. It has no place in the modern world. It must not be accepted," he said.

Guterres pointed out that the UN position on the referendums is unequivocal. "We are fully committed to the sovereignty, unity, independence and territorial integrity of Ukraine, within its internationally recognized borders, in accordance with the relevant UN resolution," he stressed, "I want to underscore that the so-called ‘referenda’ (referendums - TASS) in the occupied regions were conducted during active armed conflict, in areas under Russian occupation, and outside Ukraine’s legal and constitutional framework. They cannot be called a genuine expression of the popular will."

“Any decision by Russia to go forward will further jeopardize the prospects for peace. It will prolong the dramatic impacts on the global economy, especially developing countries and hinder our ability to deliver life-saving aid across Ukraine and beyond. It is high time to step back from the brink. Now more than ever, we must work together to end this devastating and senseless war and uphold the UN Charter and international law,” Guterres concluded.