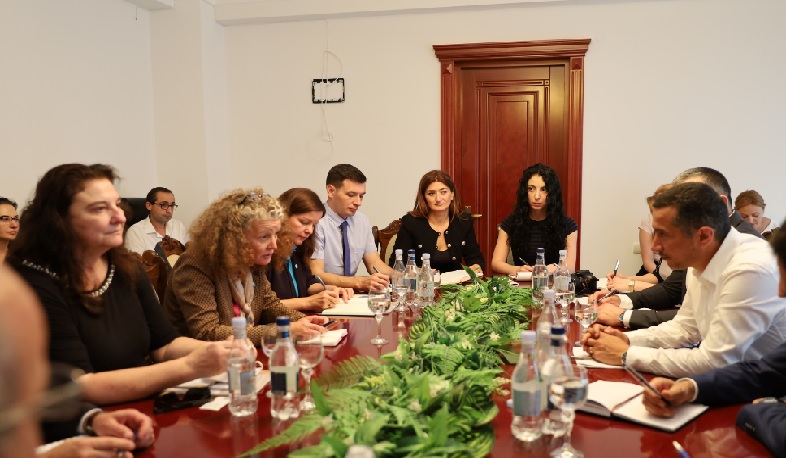 Representatives of UN Armenian office met with governor of Syunik

The Governor presented to the UN team the changed development priorities, and discussed issues related to the security of the region, the protection of vulnerable groups, and the unimpeded operation of various institutions in the current situation.

During the meeting, a number of issues, including the organization of the educational process, internally displaced persons, the healthcare system, primary medical care, food security, and other topics were discussed.

The sides have agreed to continue the implementation of the previously discussed programs.